In March 2018, Russian assassins tried to kill Sergei Skripal with the Novichok chemical nerve agent at his home in Salisbury, England. Skripal and his daughter survived the attack, while a local woman died after coming into contact with the poison. The international reaction was swift and coordinated. After leading Western politicians condemned the attack, the United States, Canada, and European countries expelled dozens of Russian diplomats.

This robust international action presented a stark contrast to the absence of any reaction to the alleged employment of chemical weapons by the Sudanese government in Darfur in 2016.

When one accounts for all instances of state use of chemical warfare since World War I — including lesser-known cases such as the Dersim rebellion in Turkey (1937 to 1938), the North Yemen Civil War (1962 to 1970), and the Portuguese colonial wars in Africa (1970s) — it’s clear that international responses to chemical weapons attacks have been inconsistent and likely shaped by the location of attacks and the identity of victims, reflecting the hierarchical order of world affairs.

Read the full story at War On The Rocks 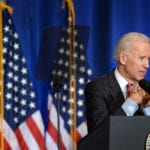 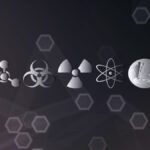