Russian violation of an arms control agreement poses a threat to U.S. and its allies’ security interests, leading the Joint Staff to conduct a military assessment of its threat, a senior defense official said today.

Brian P. McKeon, principal deputy undersecretary of defense for policy, testified alongside Rose Gottemoeller, undersecretary of state for international security, in a joint hearing before the House Armed Services Committee’s subcommittee on strategic forces, and the House Foreign Affairs Committee’s subcommittee on terrorism, nonproliferation and trade regarding Russian noncompliance with the Intermediate Nuclear-Range Forces treaty.

In the course of “closely” monitoring compliance of arms control treaties, McKeon said, it was determined that Russia was in violation of the INF treaty.

Despite diplomatic engagement on the issue since 2013, McKeon said, Russia continues to remain in noncompliance.

“As a result of Russia’s actions,” McKeon said, “the Joint Staff has conducted a military assessment of the threat were Russia to deploy an INF treaty-range ground-launch cruise missile in Europe or the Asia-Pacific region.

“This assessment has led us to review a broad range of military response options,” he said, “and to consider the effect each option could have on convincing Russian leadership to return to compliance with the INF treaty, as well as countering the capability of a Russian INF treaty-prohibited system.”

McKeon emphasized that the department doesn’t want to engage in an “escalatory cycle” of action and reaction.

“However, Russia’s lack of meaningful engagement on this issue — if it persists — will ultimately require the United States to take actions to protect its interests and security along with those of its allies and partners,” he added. “Those actions will make Russia less secure.”

“We believe the INF treaty contributes to not only U.S. and Russian security,” McKeon said, “but also to that of our allies and partners. For that reason, Russian possession, development or deployment of a weapons system in violation of the treaty will not be ignored.”

From the beginning, he said, the objective has been to preserve the viability of the INF treaty and convince Russia to come back into compliance with its obligations under it.

The U.S. has engaged Russia, McKeon said, with a multi-pronged approach beginning with diplomatic engagement while discussing other potential measures in coordination with allies.

“Unfortunately, Russia has not been forthcoming with any information, nor has it acknowledged the existence of a non-compliant cruise missile,” he said.

“Instead, the Russian side has chosen to accuse the United States of violating its obligations under the INF treaty,” he said. “In our view, all of Russian’s claims are categorically unfounded.

McKeon said the U.S. has been, and remains, in compliance with all of its obligations under the INF treaty, which was fully addressed during a September meeting with Russian officials in Moscow.

“These Russian claims, we believe, are meant to divert attention away from its own violations,” he said.

Gottemoeller testified that in addition to the INF treaty, Russia also is in violation of the Conventional Armed Forces in Europe treaty and that there are concerns with its compliance with other treaties as well.

Despite a “significant challenge” ahead, McKeon said, there are hopes the Russian federation will remember why the Soviet Union signed the INF treaty in the first place.

“By agreeing to that treaty, the United States and Soviet Union ensured that both parties benefitted from the removal of weapons systems that posed a real and credible threat to European security,” he said.

McKeon reiterated that the U.S. takes treaty compliance “very seriously,” and the ramifications of Russia’s actions and a U.S. response affect more than just one arms control agreement. “They affect our agreement to pursue future arms control and nonproliferation regimes,” he said.

“Such a violation threatens our security and the collective security of many allies and partners,” he added. “This violation will not go unanswered, because there is too much at stake.” 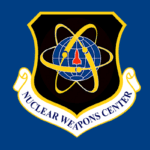 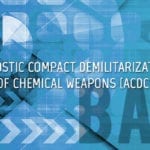