By realigning key elements of its nuclear mission under a dual-hatted, two-star commander, the Air Force hopes to create more efficient life-cycle management of its nuclear systems.

“The nuclear enterprise goes directly to the readiness of today, but it also talks to the readiness of tomorrow,” James said. “In the future… we will have one senior leader accountable for the entirety of the weapons system… the missile, the launch facilities and the supporting equipment.”

The Nuclear Weapons Center subsequently will reorganize into three directorates. Two will focus on intercontinental ballistic missiles and air-delivered capabilities, and the third will bolster nuclear requirements and interagency engagement.

Noting that budget constraints have whittled current Air Force manning to its smallest numbers since 1947, when the Air Force became a separate service, James said the Office of Personnel Management recently approved a pay increase of 33 to 37 percent for seven specifically targeted nonappropriated-fund craft and trade positions at Minot Air Force Base, North Dakota.

This, she explained, will help the Air Force retain critical support occupations, including custodial and food service workers, child care employees and mechanics.

“That community is in the midst of an energy boom,” James explained. “It is drawing away a lot of our employees from the nuclear mission… because they can get higher-paying jobs associated with this energy boom.”

James said the restructures, pay raises, ROTC scholarship boosts and enlisted special duty pay increases are part of myriad efforts to fulfill the Air Force’s promise to redirect about $500 million into nuclear priorities such as readiness, modernization, training and munitions.

“I, as an American taxpayer, want to keep the nuclear enterprise strong,” James said, emphasizing that the Air Force’s nuclear goals will remain on course. “It’s partly money and investments… but it’s partly changing a systemic culture, and we’re committed to doing both.” 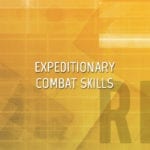 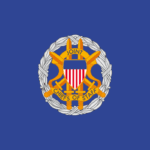