Thousands of firefighters, police, construction workers and people who worked or lived near Ground Zero have become sick since 9/11. Hundreds have since died after breathing in a witch’s brew of asbestos and other toxins. A Government Accountability Office report concluded 400,000 people were exposed to toxins as a result of 9/11; about 90,000 are enrolled in the World Trade Center Health Program. Long Island Business News

The VA Mission Act authorizes an expansion of veterans’ access to private health care, but the bill does not reserve federal money to pay for it. A group of powerful Senate committee chairmen from both parties aims to remedy that by advancing a separate measure for the new $50 billion law, saying this is the best way to ensure the new programs give veterans access to medical care. Washington Post

The legislative package is comprised of five titles that address major areas of deficit, including increased access to private-sector car, consolidation of community care programs, expansion of the Family Caregiver Program and the recruitment of qualified medical professionals. American Legion

Brian Moyer, a former Marine who is now the head of Agent Orange Survivors of Guam estimates tens of thousands of veterans, as well as their spouses and children, may have been exposed to Agent Orange while they were stationed in Guam. Until 1980, the herbicide 2-4-5 T, a component of Agent Orange, was used for weed-control along power lines and power substations. The herbicide, which is now banned, is linked to miscarriages, birth defects and cancer. WFLA

The VA estimates 3.5 million veterans are eligible to register in the VA’s Airborne Hazards and Open Burn Pit Registry, which tracks exposures to airborne toxins. An enormous 80% of IAVA members report that they were exposed during their deployments and 63% report associated symptoms. IAVA

The International Association of Fire Chiefs (IAFC) and the National Volunteer Fire Council (NVFC) have announced the theme for the 2018 Safety Stand Down: “Be Aware – Get Checked”.  Firefighters and other first responders face many health risks, such as heart disease, cancer, diabetes and PTSD. Early detection through annual medical evaluations and physicals saves lives. Topic information, training materials and videos are available at SafetyStandDown.org

Send the Everyone Goes Home® Program Your SOPs

The Everyone Goes Home® Program is collecting information about SOPs on the following topics to highlight best practices: Cancer Reduction, Violent Incidents, Mental Health, and Response Policies. Everyone Goes Home

The U.S. Department of Justice’s Bureau of Justice Assistance has opened the nomination period for the 2017-2018 Public Safety Officer Medal of Valor. This is the highest U.S. award honoring emergency-service officers, firefighters and law-enforcement officers, including federal, state, local and tribal officers. The nomination period will remain open until 11:59 p.m. ET on Tuesday, July 31. IAFC

Be Ready to Respond by Combating Fatigue

Fatigue and poor sleep habits are commonly accepted as status quo in first response communities. Unfortunately, the effects of chronic sleep deprivation and lack of quality sleep can also have serious long-term effects on first responders’ mental and physical health.  IN Public Safety

Texas A&M and Central Texas Veterans Health Care System researchers find component of turmeric effective in treating Gulf War illness symptoms. Curcumin treatment helped in alleviating the brain inflammation seen in GWI, and also enhanced the expression of genes that encode for antioxidants and normalized the expression of genes related to the function of mitochondria in the hippocampus. Vital Record

The free app allows users to anonymously track information about stress in their life, engagement, mood and other associated activities. Participants will instantly receive results in charts and graphs that give them an overall view of their own stress over time, including how they compare to others within their industry. The mobile app, which is available from the Apple App Store and Google Play, also offers links to relevant topical resources to help manage stress, mental health support or crisis contacts. EMS World

A new program allows first responders to get the PTSD treatment they need right from their mobile device by connecting them with counselors via video chat.  eHome Heroes aims to shatter the stigma of PTSD by offering confidential therapy sessions. In order to give the right kind of treatment to patients, the initial evaluation is key. “Sometimes people think they have PTSD and their PTSD scores are very low, but their anxiety scores are off the chart.” FireRescue1

Times are tough at the Air Force’s command for nuclear bombers and missiles. The colonel and chief master sergeant from a security forces group were fired after the unit lost a machine gun and grenades – there’s still a $5,000 reward for the grenades, in case you find them. Another bunch of security forces airmen guarding nuclear missile silos in Wyoming was disciplined for dropping acid. Task & Purpose

My HealtheVet is the VA’s Personal Health Record. It is designed for Veterans, Servicemembers, their caregivers and others. Use the resource to manage appointments and prescriptions, maintain a family health history, and record food and activity journals. VA.gov

We Need a DARPA-Like Program for Veterans’ Problems, Experts Say

The Veterans Affairs Department’s research and development operations need a substantial reboot to provide vets with emerging technologies that could improve their lives when they return home, experts told Congress. Nextgov

SOCOM has 13 Mobile Technical Repair Complex (MTRC) deployed in remote places around the world, along with technicians and engineers to run them. The MTRC is basically a tent that comes with a lathe, some drilling equipment, and 3D printer to rapidly manufacture tools or parts you might need. Defense One

Responders to Pulse Nightclub Shooting Talk About Their Experiences with PTSD

Panelists include former Eatonville police officer Omar Delgado, who responded to the Pulse nightclub shooting; Orlando Police officer Allison Clarke, one of the first responders to Pulse; Jessica Realin, whose husband Gerry was on the OPD hazmat team that went into nightclub after the shooting; and former New York PD sergeant Nancy Rosado who’s a 911 first responder. WMFE and ProPublica

Not Long Ago, We Didn’t Have First Responders Who Leaped into the Gap Between Life and Death

It’s hard to imagine a world without emergency medical services – the first responders, surgeons and other professionals who can mean the difference between life and death for the people they help. But not that long ago, the field didn’t exist. Such things as ambulances, emergency defibrillators and walkie-talkies are all relatively new creations. Even CPR, one of the most well-known techniques, didn’t exist until 1960. SF Gate

Former “Daily Show” host Jon Stewart announced that the 9/11 Memorial & Museum at the World Trade Center will be modified to honor rescue and recovery workers who have died from related illnesses. Stewart teamed up with Alice Greenwald, president and CEO of the museum, for the announcement on May 30. The Hill

The special “Heroes At Heart” coffee and tea blends are available from May 21st through July 8th and $1 from each sale in-store or online will be donated to the following First Responder charities: California Fire Foundation, California Peace Officers’ Memorial Foundation and the 100 Club of Arizona.  Coffee Bean

READY ONE, READY ALL

First Responders Urging People to Download App and Save Lives

Area first responders say the phone app called Pulse Point  is a true a lifesaver.  They are encouraging everyone to download the app and learn CPR. The app sends an alert when a participating agency dispatches a first responder for a sudden cardiac arrest in a public place.  Anyone nearby who has the app receives an alert.  The app shows where the person is located.  The idea is if you know CPR and receive an alert, you could start first aid in time to save a life. FOX2 Saint Louis

Make sure your emergency kit is stocked with the items on the checklist below. Most of the items are inexpensive and easy to find, and any one of them could save your life. Headed to the store? Download a printable version to take with you. Once you take a look at the basic items, consider what unique needs your family might have, such as supplies for pets, or seniors. READY.GOV 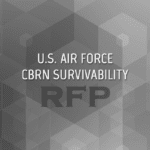