Topics in this issue of CBRNE Particles include lessons on mass casualty preparedness from the Las Vegas festival shooting, training first responders to identify different types of explosives, and how to buy a PPE storage system that meets your needs.

FEMA: We Are Not the First Responders

“FEMA is not a first responder; disasters are state managed, locally executed and federally supported. Our role is to support local governments following a disaster only after their capacity to respond has been exceeded. That support most often takes the form of coordinating federal resources into a unified response and handing out massive amounts of grants to fund recovery efforts.” USA Today

The U.S. Chemical Safety & Hazard Investigation Board (CSB) is calling on chemical companies to better prepare for the growing likelihood of a future of flooding, hurricanes, and extreme weather events. The board’s recommendation springs from fires last year at the Arkema chemical facility in the Houston area during Tropical Storm Harvey. Chemical & Engineering News

A nerve agent attack in Salisbury three months ago cost the police force £7.5m (approx $10M USD), according to the region’s Police and Crime Commissioner. The Maltings shopping area where the Skripals were found unconscious was closed to allow extensive decontamination work to be carried out and reopened on 26 May. BBC

The regulations that Pruitt wants to repeal were adopted at the end of the Obama administration. They are amendments to EPA’s Risk Management Program (RMP). The rules apply to about 12,500 facilities nationwide and are designed to more effectively prevent chemical explosions, fires, and accidental releases. Pump Handle

EPA’s Office of Inspector General, which conducts oversight of the board, notes in a report that CSB has been plagued with leadership issues, such as tension among board members and complaints of alleged abuses by board members or the chairperson. The problem, according to the report, is that the law that created CSB does not give the chairperson a supervisory role over the other members of the board. Chemical & Engineering News

A federal judge has blocked the proposed shutdown of a plant in South Carolina which would turn plutonium used in nuclear weapons into fuel for nuclear reactors. Instead of creating mixed oxide fuel, or MOX, the National Nuclear Security Administration suggested SRS make new plutonium pits for nuclear weapons. The state argued that ending the project would make South Carolina the nation’s dumping ground for plutonium since Congress hasn’t approved any other disposal method. US News

Summer 2017 saw a number of devastating hurricanes and wildfires leaving many families displaced. This year, Airbnb is testing a new service that will help displaced families find places to stay. Fortune

Mass Casualty Incidents a Dark Reality Hospitals Must Prepare For

About 10:15 p.m. Oct. 1, trauma surgeon Dr. Deborah A. Kuhls and her team at University Medical Center in Las Vegas got a call that there had been a shooter on the Strip. They were to prepare for injured patients. “I thought maybe we were getting five to 10 people. Then that turned to 20, then 50, then more than 100,” she said. “It was all happening so fast that I was sending a text to a physician fellow to come in and I never finished the text before patients started arriving.” Atlantic City Press

Hurricane Season Is Starting, and Critics Ask If FEMA Is Ready

Top jobs at the U.S. Federal Emergency Management Agency remain vacant and critics say that will make it harder for the government to respond to disasters. Of the five costliest hurricanes in U.S. history, three struck within weeks of each other in 2017 from Texas to the Virgin Islands, levying a combined financial toll of $265 billion and at least 200 deaths. Those disasters were followed by the worst wildfires in California’s history, straining FEMA, an agency whose full-time staff authorization has shrunk 25 percent since Hurricane Sandy in 2012. Bloomberg

FBI Bomb Technician Geoff Raby lead a recent training session at Fort Devens, in which he and other technicians set off 17 types of explosives so that the first responders can learn to recognize the different characteristics of a variety of bombs. The program includes examining bomb debris, learning how to secure a bomb site, and how to interview witnesses. CBS Boston

How to Buy a PPE Storage System to Meet Your Needs

One of the hottest topics in the fire service today is that of properly cleaning firefighter personal protective equipment (PPE) after every exposure to debris and toxic materials during structural firefighting. That discussion is being spurred on by the growing body of knowledge connecting those exposures to an increased risk for cancer in firefighters when compared to the general population. Fire Rescue 1

Idaho State University faces a potential $8,500 fine from the Nuclear Regulatory Commission for losing about 1 gram of weapons-grade plutonium (about the size of a quarter). The university first reported the plutonium source missing in October, when an employee could only account for 13 of the university’s 14 small plutonium sources during a routine inventory. CBS News

This American Visited North Korea’s Most Sensitive Nuke Sites. What He Saw Blew His Mind.

Few Americans have ever been to North Korea. Even fewer have been inside one of the country’s nuclear weapons facilities. Siegfried Hecker, a professor at Stanford University and a former head of the Los Alamos National Laboratory, made his first private visit in 2004 and went back again and again. North Koreans wanted the renowned scientist Siegfried Hecker to know they could hide their bomb material and the U.S. would never find it. (podcast) Foreign Policy

The vast scope of North Korea’s atomic program means ending it would be the most challenging case of nuclear disarmament in history. Here’s what has to be done to achieve — and verify — the removal of the nuclear arms, the dismantlement of the atomic complex and the elimination of the North’s other weapons of mass destruction. NY Times

Regular explosives risk spilling chemical or biological weapons when aimed at storage sites. So the US is experimenting with using massive X-ray bursts instead. New Scientist

The Other North Korean Threat: Chemical and Biological Weapons

Now that the Singapore summit of President Donald Trump and Kim Jong Un is in the rearview mirror, major questions remain, particularly about the part of North Korea’s doomsday arsenal that Pyongyang’s military is most likely to use in a war, one that can potentially kill millions of people, and one for which the U.S. military is woefully unprepared: chemical and biological arms. Roll Call

The notion that forensics are solely for legal processes and not relevant or important outside the courtroom, however, does not withstand serious scrutiny. The scientific and procedural aspects of CBRN forensics are important not just in the context of international security. Were CBRN materials used? If so, was their use deliberate, accidental, or some kind of natural phenomenon? National Defense University

To address the challenges involved in examining such incidents, researchers from the EU-funded project ROCSAFE are developing strategies and technologies that will automate the collection of evidence related to CBRNe scenes. This is done by using remotely controlled robotic aerial vehicles (RAVs) and robotic ground vehicles (RGVs). Phys.org

If severe weather destroys a cell phone tower anywhere in the United States, crews in Kansas City can replace it in a matter of hours. Verizon Wireless has a cave in Kansas City filled with crucial backup technology, and they gave KMBC 9 News a rare look inside. KMBC 9 News

Residents of a Florida city who received alerts about a power outage were also warned to look out for zombies. The alert, sent just before 2am local time, said more than 7,000 customers lost power “due to extreme zombie activity”. A city spokesman, Ben Kerr, later posted a Facebook message saying officials were investigating the bogus alert and that he wanted to “reiterate that Lake Worth does not have any zombie activity currently”. The Guardian

The Wild Physics of a Firefighter’s Window Catch

Are superheroes real? Maybe. In this recently released video, a firefighter in Latvia catches a man falling past a window. Let me tell you something. I have a fairly reasonable understanding of physics and this catch looks close to being impossible—but it’s real. Wired

The atomic age plays to our guts and messes with our heads. Everybody has a view: for or against; optimist or pessimist; fear-monger or Panglossian technophile. It is not just because of the supreme power atomic energy brings. That is seductive or frightening, according to your temperament. There is also the radiation — unseeable, unsmellable, untouchable. It is like a ghost. We can make of it what we want, and we do. Time

The roots of North Korea’s nuclear story began shortly before the atomic bombings of Hiroshima and Nagasaki on 6 and 9 August 1945, and the birth of the DPRK in 1948. In 1944, Japan, which had occupied Korea since 1910, selected Yongbyon in the north of the peninsula as a site for its atomic program. History Extra

Atomic Homefront: A Film About Struggling to Live with Manhattan Project Radioactive Waste

HBO’s new documentary, Atomic Homefront, shows how communities are still struggling to live with radiation from radioactive waste generated more than 70 years ago during the race to build the atomic bomb—part of a secret government effort during World War II known as the Manhattan Project. In a sense, residents of these communities are still suffering from the consequences of that war. Bulletin of the Atomic Scientists 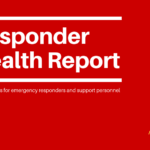 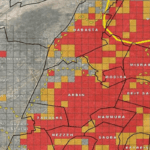