The National Institute of Allergy and Infectious Diseases (NIAID) is conducting market research on the current status of Medical Countermeasures (MCMs) for treatment of ionizing radiation injury, biomarkers of radiation injury, and biodosimetry devices that can be used or deployed during or following a radiation or nuclear incident.

Acute radiation syndrome (ARS) encompasses a spectrum of pathophysiologic changes caused by exposure to mid-high doses of penetrating radiation in a relatively short time period. Injuries sustained depend on the dose and extent of radiation exposure (e.g., whole- or partial-body).

Radiation exposures exceeding 2 Gy in human adults can lead to the depletion of hematopoietic stem cells and cellular progenitors in the bone marrow, which can result in severe neutropenia, thrombocytopenia, and death from infection or hemorrhage. Higher radiation doses can cause gastrointestinal (GI) complications, including mucosal barrier breakdown, bacterial translocation, and loss of GI structural integrity, which can lead to rapid death.

Individuals who survive ARS may suffer from the delayed effects of acute radiation exposure (DEARE), which can include pulmonary, renal, cardiac, vascular, and cutaneous complications occurring weeks to months after radiation exposure.

Drug candidates are sought that currently have proof of concept data showing efficacy against radiation injury when administered 24 hours or later after exposure, and that are suitable for Food and Drug Administration (FDA) licensure, or approval under the Animal Rule.

The focus is on medical countermeasures effective in animal models of radiation injury in one or more radiation sensitive tissues (hematopoietic, gastrointestinal, pulmonary, renal or vascular endothelial compartment) when administration is delayed at least 24 hours post-irradiation.

Biodosimetry devices and biomarker studies are sought which address the intensity and kinetics of tissue damage, as well as new technologies/devices to measure radiation exposure that can be approved or cleared by the FDA for field application or hospital use to guide medical management decisions.

This includes biodosimetry devices that measure radiation dose to distinguish between the exposed and unexposed population (<2 Gy and >2Gy, for example) and biomarkers that predict total body or tissue-specific radiation injury when measured post-radiation exposure – 30 minutes to 24 hours to 7 days post-irradiation.

NIAID will use the information obtained in response to this RFI to design future programs to develop safe and effective radiation MCMs.

Further details are available via Solicitation Number: NIAID-RFI-NOT-AI-15-034. The response deadline is May 26, 2015. 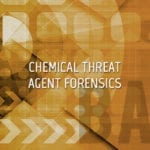