A Solution for Cleaning Up PFAS, One of the World's Most Intractable Pollutants 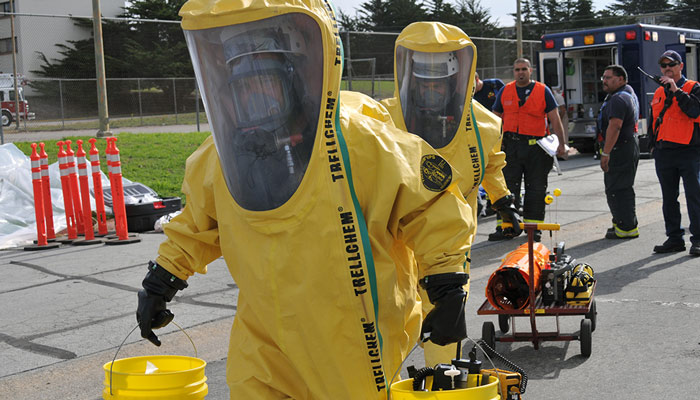 The HAZMAT exercise began with a call to the Presidio of Monterey Fire Department. The caller described strange smells coming from a hotel in the area, which was actually an abandoned barracks located nearby the California State University of Monterey Bay area. First responders were dispatched to the scene.

After inspecting the hotel, team members found suspicious materials on the premises and called in for HAZMAT support, all the while finding and evacuating “casualties” along the way.

The 95th CST additionally provided a decontamination station for the event.

These local departments and the 95th CST try to drill in such exercises at least once or twice a year to enhance skills and build cooperation and camaraderie.