Topics in this issue include through-barrier threat detection technologies, ISMS Planning for CBRN facilities, and the SECDEF visit to Fort Leonard Wood.

The Russian military and a main Syrian opposition group traded allegations Friday about whether new evidence indicates that either rebels or Syrian military used chemical weapons in the northern area of Aleppo where government forces are trying to regain control of areas they recently lost to insurgents. Military Times >>

New Capability for Through Barrier Hazmat, Explosives and Narcotics Identification

If materials are concealed behind thicker, colored or opaque barriers it can be necessary to open and take a sample. Spatially Offset Raman Spectroscopy (SORS) is a novel variant of Raman spectroscopy whereby multiple measurements at differing positions are used to separate the spectrum arising from the sub layers of a sample from the spectrum at the surface. SPIE >>

Chemical, Biological, Radiological and Nuclear Hazards: An Overview and Comparison

Grouping together chemical, biological, radiological and nuclear agents as weapons of mass destruction (WMD) has been rather uncritically accepted since the appearance of the CBRN classification more than 30 years ago, replacing the original military nuclear, biological and chemical (NBC) classification. Despite the apparent operational convenience of the CBRN grouping from a military and political standpoint, it remains medically unsatisfactory. Toxic Trauma >>

Fort Bliss’ newest battalion moved three-quarters of the way across the country, but it made sure it brought some of its most important unit history with it to its new home. The 22nd Chemical, Biological, Radiological and Nuclear Battalion recently renamed its battalion headquarters area at Fort Bliss in honor of one of its fallen heroes, Sgt. 1st Class Kevin P. Jessen. El Paso Times >>

Secretary of Defense Ash Carter visited Fort Leonard Wood Nov. 2 with the sole intent of seeing first-hand where the Army engineers train. The Secretary made his first trip to the post and not only observed Sapper training, but went hands-on testing his own skills at handling explosive charges, cutting steel with an exothermic torch and other combat-engineer equipment at Range 33. MyGuidon >>

Bronchiolitis obliterans (BO) is the most remarkable pulmonary sequels of war-related sulfur mustard inhalation. There is little if any data about long-term efficacy of associated BO treatment. Five years of spirometric records of three groups of patients with obstructive pulmonary diseases (asthma, COPD, BO) and documented sulfur mustard inhalation were evaluated in this study. Acta Medica Iranica >>

The executive body of the global chemical weapons watchdog voted on Friday to condemn the use of banned toxic agents by the Syrian government and by militant group Islamic State, a source who took part in the closed session said. Roughly two-thirds of the 41 members on the Executive Council of the Organisation for the Prohibition of Chemical Weapons (OPCW), endorsed a U.S.-tabled text, the source told Reuters. Reuters >>

Just before 10:10 on a warm summer night in 1917, German soldiers loaded a new type of armament into their artillery and began bombarding enemy lines near Ypres in Belgium. The shells, each emblazoned with a bright yellow cross, made a strange sound as their contents partly vaporized and showered an oily liquid over the Allied trenches. Smithsonian >>

Late in the afternoon on Wednesday of last week officials at the nuclear weapons complex declared an emergency after finding what they regarded as a suspicious device in a bathroom at the Savannah River National Laboratory in South Carolina. Emergency teams determined that the suspicious device was an air freshener wrapped in paper towels with a flashing light on it. HSNW >>

Albemarle County and Charlottesville are both working to make sure first responders are equipped to handle situations involving hazardous chemicals. The Greenwood Chemical Company, along with the Virginia Department of Environmental Quality, walked several firefighters through a fluorine leak scenario at their facility in Albemarle County Tuesday. NBC 29 >>

Iraqi troops inched ahead in their battle to retake the northern city of Mosul from the Islamic State group on Friday, as the U.N. revealed fresh evidence that the extremists have used chemical weapons. Seattle Times >>

Last year natural disasters made still 22,765 deaths, a number largely below the annual average for years 2005-2014 (76,416), and made 110.3 million victims worldwide, also below the 2005-2014 annual average (199.2 million). Like the other indicators, with estimates placing economic damages at US$ 70.3 billion, natural disasters costs were, in 2015, significantly below their decennial average of US $159.7 billion. Centre for Research on the Epidemiology of Disasters >>

Ohio: Hundreds of Gallons of Ammonia Spill at Toledo Warehouse

During the Cold War, the UK Designed Nuclear Land Mines That Were Reliant on Chickens

The Cold War spawned decades’ worth of bizarre weapon ideas as the West and the Soviet Union strove towards gaining the strategic upper hand over their superpower rival. The US was responsible for at least seven nuclear weapon designs during the Cold War that now seem outlandish or ill-advised. But the US wasn’t alone in its willingness to build seemingly absurd weapons systems to gain some kind of advantage over the Soviets. Business Insider >>

A teenage suicide bomber killed 52 people and wounded more than 105 worshippers on Saturday as they were dancing and chanting at the Sufi shrine Shah Noora. The attack and was the fourth deadliest in Pakistan this year. Survivors wrapped themselves in blankets and braved the cold under open skies overnight as they made their way home. The Guardian >>

Port Allegany: A chlorine gas leak shut down portions of Port Allegany and forced the evacuation of 50 to 100 people Nov 7. No injuries were reported, and the borough water system wasn’t impacted in an incident that emergency responders made quick work of containing, McKean County Emergency Services Director Andrew Johnson reported. Olean Times Herald >> 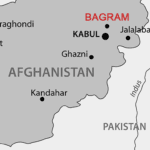 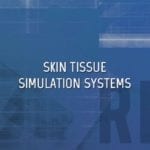