The world’s chemical weapons watchdog chief said on Thursday the group will investigate suspected use of chlorine gas in an opposition area of the Syrian city of Aleppo, calling reports of the gas attack disturbing. The Syrian Civil Defence, a rescue workers’ group which operates in rebel-held areas, said government helicopters dropped barrel bombs containing chlorine on Tuesday in Aleppo that caused suffocation in 80 people. Reuters >>

All over the world governments had mined uranium, and assembled and tested nuclear weapons. To create atomic arsenals, every nuclear power had dangerously polluted and contaminated environments where people live and work.  And governments usually kept secret from civilians the consequences –cancers, birth defects, and continuing environmental degradation capable of harming future generations. Pump Handle >>

More than two dozen nuclear experts, including former U.S. officials under the six preceding presidents of both parties, accused the Obama administration of violating a 2012 nonproliferation agreement to end exports to Europe of bomb-grade, highly enriched uranium (HEU) for production of medical isotopes. The administration proposes to export sixteen pounds of nuclear weapons-grade uranium metal to France to produce medical isotopes in Belgium and the Netherlands. HSNW >>

North Korea drew global condemnation after conducting its fifth nuclear test on Friday, the anniversary of the reclusive nation’s founding, and said it was now able to produce miniaturized nuclear arms. In a statement on state-run television, Pyongyang said no radiation was leaked in the blast. The official Korean Central News Agency said the detonation of a nuclear warhead showed the regime has the ability to attach atomic weapons to rockets. Bloomberg >>

Doctors in Aleppo Tend to Scores of Victims in Gas Attack

As rebel negotiators unveiled a new plan on Wednesday for a political transition in Syria, doctors in the city of Aleppo were still treating people in intensive care after an attack believed to involve the use of chlorine gas sickened more than 120 people, including 10 women and 37 children. NY Times >>

A July 2016 article in The Guardian said that the country of Ukraine has been soliciting funds for a proposed project to turn extensive swathes of ground adjacent to Chernobyl into a gigantic solar collector full of photovoltaic panels. But is it really advisable to have solar generating facilities in the exclusion zones created by a nuclear catastrophe? On the face of it, this would seem to be a benign, innovative use of contaminated land. But are there hazards slipping in under the radar, from seemingly innocuous sources—such as radioactive dust? Bulletin of the Atomic Scientists >>

US nuclear security facilities are dangerously decrepit and putting national security goals at risk, according to nuclear officials who are asking Congress to back the administration’s push to modernize the system. Nuclear officials described critical utility, safety and support systems that are failing at an increasing and unpredictable rate, as well as their efforts to patch the system together until the necessary funding can be found to reinvigorate the system. CNN >>

Industry Pushes to Protect Its Preferred Chemicals Under New TSCA

Among the EPA’s first tasks under the Lautenberg Act is to enact rules outlining how it will prioritize chemicals for review and how it will assess chemical risks. As part of this process, the EPA has asked stakeholders for input on how these rules should be shaped. Reading industry representatives’ comments reveals that many are using this as an opportunity to defend select chemicals. Pump Handle >>

How Chlorine Became a Chemical Weapon

The Peugeot 607 was found with its hazard warning lights flashing and without number plates, police said. One of the canisters, on the front passenger seat, was empty, and there were no detonating devices inside. In November, 130 people died in Paris in a series of terror attacks carried out by so-called Islamic State. BBC >>

Daniel Rodriguez was a police officer on Sept. 11, 2001, who found himself assigned to a temporary morgue near the downed towers, where he said “you can’t help but see things.” He became much better known in the days and years afterward when his rich tenor earned him fame as the “The Singing Policeman” and the “voice that healed a nation” in a succession of renditions of the national anthem and “God Bless America” at a 9/11 tribute at Yankee Stadium, on talk shows, at numerous events and funerals. CBS Denver >>

Two Department of Homeland Security (DHS) Centers of Excellence recently teamed up with DHS for a workshop to examine terrorist threats to critical infrastructure, as well as potential responses to those threats. The National Consortium for the Study of Terrorism and Responses to Terrorism (START) hosted researchers from the Critical Infrastructure Resilience Institute (CIRI) and practitioners in a daylong effort to identify the vulnerabilities of critical infrastructure and discuss research that can assist decision makers as they build protection and recovery plans. START >>

Top designers across the country joined military officials on Aug. 25 at the Museum of Science in Boston to kick off the Proof Challenge — a Pentagon design competition to revolutionize the suit worn by troops to protect against chemical and biological attacks. Tandem NSI >>

Nations Condemn Use of Cluster Bombs

Nations attending the annual meeting of the international treaty banning cluster munitions on September 7, 2016, condemned the continued use of these weapons in Syria, Human Rights Watch said today. During the three-day meeting in Geneva, first responders, local activists, and journalists reported at least eight cluster munition attacks in Syria, some of which, they reported, killed and injured civilians, including children. Human Rights Watch >> 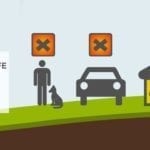 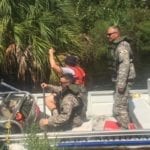