Members of the Florida National Guard partner with members of the Florida Fish and Wildlife Commission to aid in recovery efforts following Hurricane Hermine, which struck the state Sept. 2 as a Category 1 hurricane. Hermine was the first hurricane to impact Florida since 2005. Photo by Army Maj. Colleen Krepstekies

Military and civilian emergency response teams responded this week in Florida to contend with the aftermath of Hurricane Hermine.

The response package included the Florida National Guard’s specialized Chemical, Biological, Radiological, Nuclear and high-yield Explosive Enhanced Response Force Package (CERF-P), and the state’s Urban Search and Rescue Team, Task Force 8, which was first on the ground to set up its mobile emergency operations center in Steinhatchee, on Florida’s Gulf Coast about 90 miles southeast of Tallahassee.

“The flooding here is pretty extensive through the houses and the fact that it goes from Crystal River all the way up through the Panhandle area. So, there are a lot of people affected,” said Marion Fire Capt. Robert Graff, the task force’s commander, as the team began its initial search of the area early Sept. 2.

Graff’s team is one of eight prepositioned fire and rescue teams scattered throughout the state that make up the initial, jointly trained emergency response package for Florida’s western coast.

“We do a lot of training with the Florida National Guard through our organization and also the Florida State Fire College, so we communicate real well,” said Adam McCormick, a task force team member and safety officer. “They take their boat drivers and their equipment and some of our guys are integrated with CERF-P and the fire department.”

As the team members conduct their search with a GPS, they mark what they find.

CERF-P teams are a fairly new asset, recognized by the Chairman of the Joint Chiefs of Staff in 2007 as a joint capability. Since only 17 states have these teams, only a small number of National Guardsmen receive the specialized and demanding CERF-P training.

“They do high-angle rope extractions, they do breaching and breaking with jackhammers, they do confined space rescue, and they do it all while wearing HAZMAT suits,” Morrow said.

Across both military and civilian emergency response teams, members agreed that they are well prepared to collectively do their mission and that the integrated training has been paramount to their success. 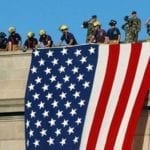