Experts at the Center for Arms Control and Non-Proliferation and the Council for a Livable World today criticized the proposed Fiscal Year 2017 Defense Budget for cutting key programs to counter the spread of nuclear weapons and nuclear smuggling, while drastically increasing funding for nuclear weapons programs.

The budget proposes a $132 million cut to the Defense Nuclear Non-Proliferation account compared to the amount enacted last year. These cuts include a $90 million reduction of the Global Material Security program, which works to reduce and protect vulnerable nuclear and radiological material located around the globe, and a further $25 million cut for non-proliferation research and development.

“It’s troublesome to see the President cut non-proliferation programs that bolster our national security,” said Lt. General Robert Gard, a 31-year veteran of the US Army and the Center’s Chair Emeritus. “At the same time, the Administration is increasing funding for nuclear weapons modernization programs that are unnecessary and increasingly expensive.”

The Administration’s nuclear weapons modernization programs, which aim to rebuild the entire nuclear arsenal simultaneously, are estimated to cost up to $1 trillion over the next 30 years.

“For an Administration that often discusses an end to ‘Cold War thinking,’ this year’s defense budget is particularly ironic,” said Brigadier General John Johns, a 26-year veteran of the US Army, professor emeritus at the National Defense University, and a member of the Council’s National Advisory Board.

Overall, the defense budget submitted to Congress includes $524 billion for the base budget, which makes up more than half of all discretionary spending, and an additional $59 billion for the Overseas Contingency Operations (OCO) account, which is funded on a year-to-year basis and has frequently been used as a way to evade the congressionally mandated budget caps.

General Gard added, “The Overseas Contingency Operations account abdicates fiscal responsibility by acting as a slush fund exempt from the budget caps. As a short-term, temporary account, OCO lacks the reliability that is necessary to budget for effective long-term military strategy.” 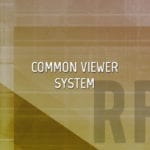 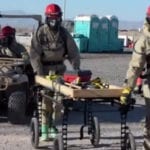