The U.S. Department of Defense is planning to issue a Request for Proposal (RFP) in support of the Next Generation Chemical Detector 1 (NGCD1) program in mid-February 2017.

The system will be used by all service branches for monitoring, collective protection, base defense, decontamination, unmasking, dismounted reconnaissance, mounted reconnaissance (on the Stryker Nuclear Biological Chemical Reconnaissance Vehicle), shipboard, and aviation (CH-47 Chinook, OH-60 Blackhawk, and CH-72) platforms for surveillance and survey of cargo and personnel.

The objective of this effort is to procure XM12 AVCADs for Engineering & Manufacturing and Development (EMD). The contract requirements for the XM12 AVCADs include EMD Government testing, program and logistic support, and delivery of technical data.

The U.S. Government anticipates award of one single contract for this effort. The anticipated contract will be for ten years, consisting of 27 months for EMD, 21 months for Low-Rate Initial Production (LRIP), and six years for Full-Rate Production (FRP).

The proposal due date will be indicated when the full solicitation is released. Further details are available via Solicitation Number: W911SR-17-R-0005. 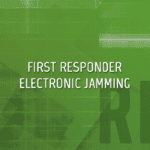