U.S. Department of Defense policy is that the human remains of all members of the Armed Forces of the United States will be returned for permanent disposition. The Tactics, Techniques and Procedures for Mortuary Affairs in a CBRN contaminated environment are developed by the Joint Mortuary Affairs Center (JMAC).

DTRA initiated the research contract in order to test and improve JMAC’s decontamination procedures to ensure that it is safe to return remains home for final disposition.

Based on research results, JMAC modified their requirement for the methods and timing of decontamination at a mortuary affairs contaminated human remains mitigation site (MACRMS). These changes resulted in added costs to the contract for laboratory space, personnel, safety and surety.

“Awarding this new requirement to a different contractor would result in a significant delay and cost to the government due to the need to decontaminate, handle and ship all equipment previously used by Battelle for previous efforts, as well as repeat all testing previously accomplished under the tasks noted above,” states the announcement. “Sole-sourcing to Battelle is a logical follow-on and will save the Government approximately $910,000.” 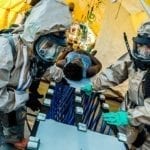 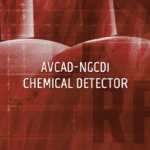