In a study carried out by the Swedish Defense Research Agency (FOI) and the Icelandic Centre for Small State Studies (CSSS), attention is focused on the development of the so-called ‘Haga’ process dealing with non-military security cooperation between the five Nordic countries since 2009.

The results of the study are presented in a new report “Nordic Cooperation on Civil Security: The ‘Haga’ process 2009-2014”, written by Alyson Bailes and Carolina Sandö. The report reviews Nordic cross-border cooperation on civil security and discusses why Nordic Ministers chose to raise these matters to a high political level.

“There is a long tradition of Nordic cooperation in a whole range of areas relating to civil security and emergency preparedness, for example the search and rescue services. What is new about Haga is that efforts are now being made at a high political level to come to grips with these matters in a coordinated way,” explains Carolina Sandö, a Senior Analyst at FOI. “The Haga cooperation also came into being at a time when solidarity in Europe was increasingly under discussion. The initial meeting, held at Haga Palace near Stockholm, was the result of an initiative by the Swedish Prime Minister at the time, Sten Tolgfors. Chairmanship of the Haga process rotates and the five Nordic countries take turns in driving the process forward. At present the chairmanship is held by Denmark.”

Since that first meeting at Haga Palace in 2009, annual meetings have been held at ministerial level followed by meetings at working group level. A whole range of challenges common to the Nordic countries have been studied ranging from the rescue services to crisis management information and the role of volunteers.

The ministers have endeavored to find cost-effective solutions to the challenge of unifying Nordic resources and creating ‘a robust Nordic region without borders’ in the area of emergency preparedness. But what has actually been achieved?

“It is important to emphasize that the Nordic governments have major ambitions in this area. The aim of creating ‘a robust Nordic region without borders’ is a very far-reaching one and there are still many who are unaware of the Haga cooperation. Ways in which this aim is to be realized include deepening cooperation in areas where vulnerabilities have been reduced and border barriers cleared away. There is also talk of cost-effectiveness, the build-up of joint capacities and promoting greater common strengths in Europe and internationally. This approach has great potential but the report also shows that not a great deal of progress has been made in the realization of these ambitions. It is still the case that we believe that this cooperation deserves more attention that it has so far received. Those whose work concerns aspects of Nordic civil security are not surprised that the topic is seldom given space in the media but we hope that, through this report, we can help to increase awareness of the work being done in the area of Nordic non-military security cooperation, not least in the wider world beyond the Nordic area,” says Carolina Sandö.

Based on in-depth interviews with senior officials in the Government Offices and the various authorities concerned, the two authors of the report wish to emphasize that the Haga cooperation has come at exactly the right time, both practically and politically, but question whether the cooperation should not be still more comprehensive and far-reaching if it is really going to overcome the practical barriers that do exist even between close Nordic neighbors. The authors also analyze the interrelationships between Haga and EU initiatives and between Nordic-Baltic and Baltic regional conditions as well as aspects Arctic cooperation relevant to the area of civil security.

“What is important now is that all this should not simply end in fine words but should lead to the achievement of concrete results. It is my belief that Nordic cooperation has great potential for further development in the immediate future but it is important that future action is built on real needs. When the Haga declaration was updated last year the work was given new impetus and it is vital that the tempo should not be allowed to drop. It is also important to maintain continuity and that rotation of the chairmanship should not entail any abrupt shifts in the process,” says Carolina Sandö. 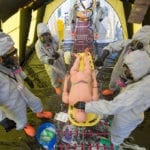