Over the last six years, Bashar al-Asad and his regime have murdered hundreds of thousands of Syrians. Given the horrors of this civil war and the regime’s barbaric and dehumanizing tactics, it can become difficult to focus on any particular atrocity, but it is critical that the international community do just that.

Despite this, the OPCW-United Nations (UN) Joint Investigative Mechanism, an independent international panel established by the UN Security Council in 2015, concluded this year that Syrian Arab Armed Forces used chlorine barrel bombs on civilians in three separate attacks in Syria in 2014 and 2015. The Chemical Weapons Convention explicitly prohibits the use by any State Party of any toxic chemical for any hostile purpose.

The Asad regime is responsible for the first-ever verified and documented use of chemical weapons by a State Party to the Chemical Weapons Convention and is now in violation of its international legal obligations under the Treaty and United Nations Security Council Resolution 2118.

The Joint Investigative Mechanism also determined that Da’esh used mustard gas in Marea in August 2015. Such reprehensible behavior is consistent with Da’esh’s record of complete disregard for human rights and international norms.

On November 11, the OPCW Executive Council condemned Syria and Da’esh for their use of chemical weapons, calling for full accountability for all those involved in chemical weapons use, and imposing additional stringent verification measures on Syria.

As President Obama said during his press conference on December 16, there are those who “are trying to obfuscate the truth” about what is happening in Syria. This is the case both for the ongoing atrocities and for the previous chemical strikes. In the face of this willful denial of the facts, the President made it clear that “the world should not be fooled and the world will not forget.”

Indeed, the evidence that the Asad Regime and Da’esh used chemical weapons on civilians is overwhelming and the course is clear. No person, group or nation should ever be allowed to use chemical weapons with impunity. Now it is time for the UN Security Council to act.

Every member of the Security Council should acknowledge the findings of the Joint Investigative Mechanism and support real consequences for the individuals and entities involved in the chemical weapons attacks against the Syrian people.

It is impossible to understate the fact that the Asad regime’s actions are a serious and grave threat to the work we have done to outlaw one of the most horrific types of weapons ever created. The United States will defend the principles, laws and norms laid out in the Chemical Weapons Convention. We hope that the other members of the Security Council will join us in supporting a resolution providing for accountability. We are prepared to take action under United States law to pursue accountability, and we call on other responsible members of the international community to do the same.

About the Author: Thomas M. Countryman serves as Acting Under Secretary of State for Arms Control and International Security at the U.S. Department of State.  This article first appeared in DipNote. 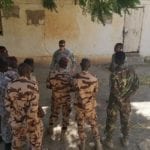