Awaiting the daily brief on their training, Marines prepare their gear and rifles before setting out on a patrol to identify and counteract improvised explosive devices.

Marines from 1st Bn., 2nd Regiment received a basic IED course at Marine Corps Base Camp Lejeune, N.C., two weeks ago, learning how to operate in a combat environment with the threat of IEDs, and how to counter those threats. This training helps the new Marines and refreshes familiarization for Marines who have dealt with IEDs before.

“It puts the entire company on the same page for our procedures when faced with IEDs,” said 1st Lt. Brycen Johnson, a platoon commander with Charlie Co. “The Marine Corps coming out of Afghanistan and being in Iraq the last decade helped locate and disarm IEDs in both locations to protect United States personnel and foreign nationals. The Marines themselves are aware of the threat and want to know how to get those personnel to safety.”

Conducting IED exercises ensures Marines know how to react swiftly and safely in the event of an attack to minimize casualties and gain the offensive against the enemy.

“I have run through this training a couple times,” said Lance Cpl. Brett Black, a rifleman with Charlie Company, 1st Battalion, 2nd Marine Regiment. “We used these skills while we were sweeping for IEDs in Afghanistan.” 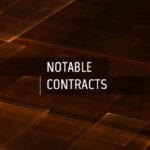 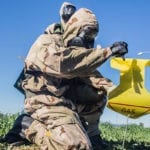