The senior enlisted leader of a unit is charged with mentoring enlisted military members, upholding standards, enforcing discipline and giving sound advice to the commander and members of the unit.

“It is my goal to enhance mission readiness with a continued focus on the professional development of our Warriors,” said Covington.

“Command Sgt. Maj. Capps has been a leader in the Army for more than 30 years,” said Army Maj. Gen. William Roy, JTF-CS commander. “He deployed to a combat zone five times during his long career and Joint Task Force Civil Support was truly blessed to have such an experienced leader with us in our ranks.”

Capps, a native of Tallahassee, Florida, will retire from the Army after 30 years of service. During his years in the Army, Capps deployed in support of Operation Desert Storm, Operation Iraqi Freedom and Operation Enduring Freedom.

“We are also here to welcome Master Chief Covington, a new experienced leader to our command,” said Roy. “We are truly blessed to have him as the newest member of the family.”

Covington, a native of St. Louis, joined the Navy in 1979 and has also had numerous deployments in support of Operation Iraqi Freedom and Operation Enduring Freedom. His most recent assignment was the Force Master Chief of the Navy Expeditionary Combat Command.

“It is truly an honor for me and a huge milestone in my career to join the Joint Task Force Civil Support team,” said Covington. “My orders are to maintain the unit readiness, increase the professionalism of our force and to be part of a team that is always ready.” 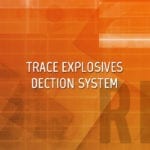 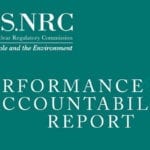