The Joint Project Management Office for Nuclear Biological Chemical Contamination Avoidance, or JPM-NBC CA, is one of seven joint project management offices within the JPEO-CBD and is responsible for the development, production, integration, testing and fielding of nuclear, biological and chemical detection, obscuration and reconnaissance systems.

Abramson, JPM-NBC CA project manager since June 2012, passed the reins of the board-selected position after thanking the hard-working military, civilian and contract personnel within the organization.

“The Army selects the right person for the right jobs,” Spencer said. “Jeffrey [Woods] is certainly poised to lead the team responsible for providing critical capabilities to our nation’s service members. I am very confident in his qualifications and abilities.”

Woods was commissioned in 1989 as a Field Artillery Officer after completing U.S. Army Officer Candidate School at Ft. Benning, Georgia. He holds a bachelor’s degree in business administration from the University of Texas at Dallas and a master’s degree in operations research from the Florida Institute of Technology.

During the ceremony, Woods pledged to “continue the great work of the project managers that have come before me.” He noted that he is honored to be selected to this important position and excited to work with the staff at JPMNBC CA and the JPEO-CBD. Prior to arriving at the JPEO-CBD, the 26-year veteran served as the Military Deputy to the Director, Software Engineering Center within the U.S. Army Communications-Electronics Command. 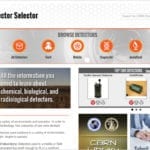