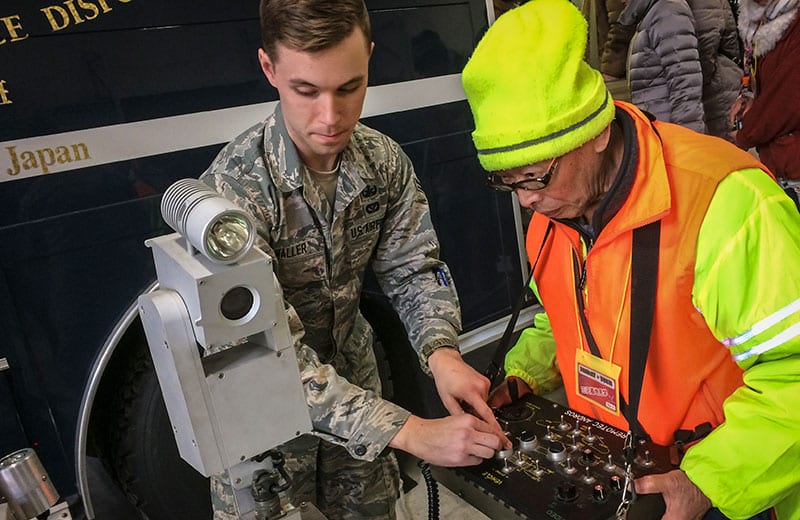 The 35th CES is a component of the 35th Mission Support Group, 35th Fighter Wing, Misawa Air Base, Japan. 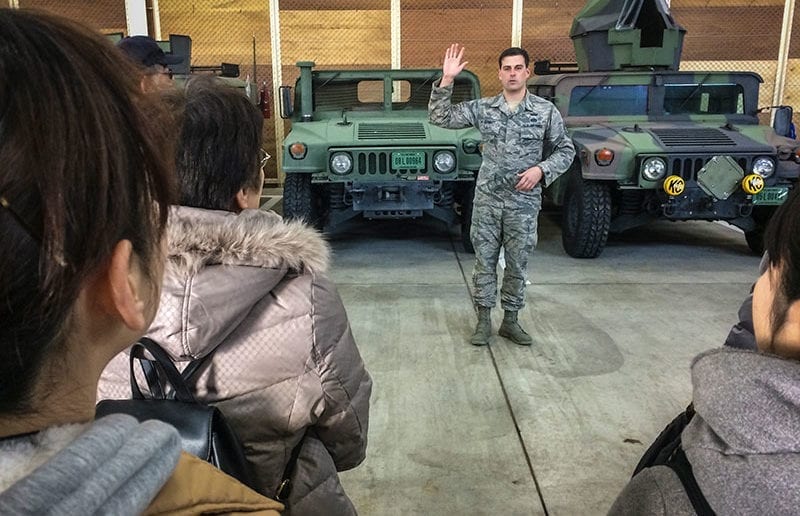 U.S. Air Force Staff Sgt. Justin Beasley explains how EOD makes use of the M1167 Humvee, which comes equipped with a 6.5-liter turbocharged diesel V-8 engine that nets 190 horsepower and 380 foot-pounds of torque and are protected by armor on all sides of the vehicle. The trucks include special night vision head lights only visible when used with night vision goggles worn on the operator’s helmet. Credit: Benjamin W. Stratton 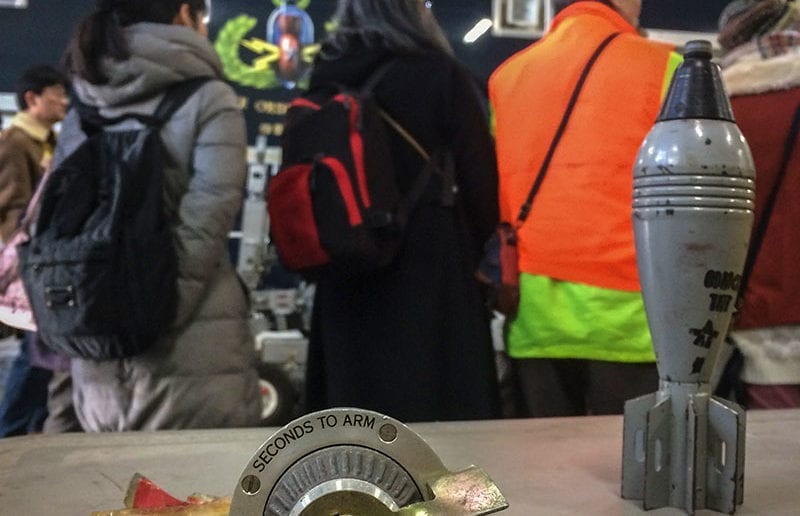 Various examples of improvised and conventional explosive devices litter a table behind a group of Japanese nationals who toured the 35th CES’ explosive ordnance disposal flight at Misawa Air Base, Japan, Jan. 20, 2017. The group were part of a monthly community engagement tour that builds trust and support with Misawa AB’s host partners by highlighting various units around the base and includes a windshield tour along the installation’s perimeter road. Credit: Benjamin W. Stratton 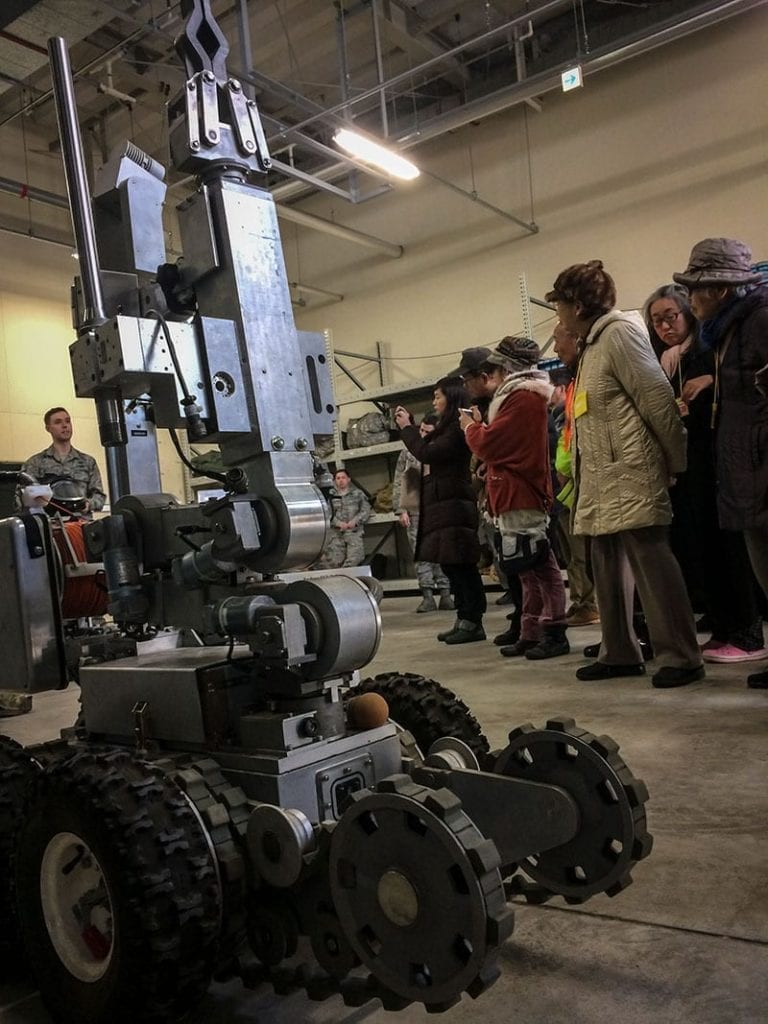 USAF A1C Christopher Waller talks about the benefits associated with the unit’s bomb suit and robot. EOD Airmen are trained to detect, disarm, detonate and dispose of explosive threats all over the world. They are assigned some of the most dangerous missions and perform technically demanding tasks in diverse environments worldwide. Credit: Benjamin W. Stratton

Tours like these build trust and support with Misawa Air Base’s host partners by highlighting various units around the base and includes a windshield tour along the installation’s perimeter road.

“It looked like they had a great time and we enjoyed all the questions,” said Staff Sgt. Justin Beasley, a 35th CES EOD technician. “It’s great having the opportunity to showcase our mission to the public and focus on building that trust integral to ongoing operations here and downrange.”

“Misawa maintains close relations with its host nation partners through bilateral missions and ongoing community engagement activities including these tours and our annual air show,” said 1st Lt. Samantha Morrison, the 35th Fighter Wing chief of public affairs. “We are their guests and it’s our privilege to share our various mission sets with our Japanese neighbors.”