Aeolus Pharmaceuticals has been granted Fast Track designation for AEOL 10150 for the prevention of fatal respiratory failure among patients at risk for radiation pneumonitis following a radiological/nuclear incident.

AEOL 10150 protects tissue from damage and increases survival in animal models of lung damage after exposure to radiation, toxic chemicals, disease and trauma by mitigating and/or preventing cell death, inflammation and fibrosis through its action on oxidative stress and regulation of growth factors and chemokines, as well as impacting subsequent signaling pathways of reactive oxygen species production, apoptosis and fibrosis.

The candidate is being developed as a national defense medical countermeasure against the pulmonary effects of Acute Radiation Syndrome and the delayed effects of acute radiation exposure (DEARE) under a contract with the Biomedical Advanced Research and Development Authority (BARDA), a division of the United States Department of Health and Human Services.

The total value of the contract with all options is $118.4 million of which over $30 million has been expended to date.

The goal of the BARDA contract is FDA approval for AEOL 10150 as a treatment for Lung-ARS and DEARE.  Prior to FDA approval, however, the contract requires Aeolus to file a pre-Emergency Use Authorization (EUA) application with the FDA.  An EUA allows the use of unapproved drugs in cases of declared emergency.  To date, BARDA has made the majority of its purchases for the Strategic National Stockpile following the filing of a pre-Emergency Use Authorization application.

AEOL 10150 has performed well in preclinical and non-clinical studies, demonstrating statistically significant survival efficacy in an acute radiation-induced lung injury model, and was well-tolerated in two human clinical trials in ALS patients, and is currently being tested in a phase 1 study in healthy subjects.

Aeolus believes that AEOL 10150 could have a profound beneficial impact on people who have been exposed, or are about to be exposed, to high-doses of radiation, whether from cancer therapy or a nuclear event, and potentially reduce lung damage in patients with idiopathic pulmonary fibrosis and people who inhale chemical vesicants, such as sulfur mustard gas.

“We are pleased that the FDA has granted Fast Track designation to AEOL 10150 for the treatment of Lung-ARS following a radiological or nuclear event,” said John McManus, President and Chief Executive Officer of Aeolus. “There are currently no approved treatments for this syndrome and we are not aware of any other compounds in advanced development for this unmet need.”

The development work funded under the BARDA contract also supports part of the development costs for AEOL 10150 as a treatment for idiopathic pulmonary fibrosis (IPF).  This development program was created based upon lung protection data generated from animal studies in Lung-ARS and chemical gas lung exposure under the BARDA contract and a company-funded study in the bleomycin lung fibrosis model.   IPF is a chronic, progressive disease of the lungs characterized by increasing scarring (fibrosis) of the lung tissue. Median survival after diagnosis is 3 to 4 years and there is no cure.

The development work funded under the BARDA contract also supports part of the development costs for AEOL-10150 as a treatment for the side effects of radiation therapy for oncology.

Aeolus also receives grant funding from the National Institutes of Health (NIH) CounterACT program for development of the AEOL 10150 as a medical countermeasure against exposure to chemical gas and nerve agents.  Multiple animal studies in exposure to sulfur mustard and chlorine gas have demonstrated a significant survival advantage following administration of AEOL 10150.  Pilot studies in nerve gas exposure models have also demonstrated a survival advantage with AEOL 10150 when added to current standard of care. 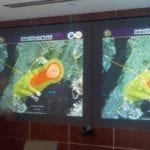 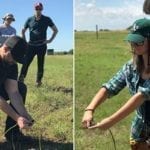