An explosive ordnance disposal robot pulls a tarp off barrels on the back of a truck during a simulated EOD training scenario at Dobbins Air Reserve Base, Ga. Aug. 22, 2017. The scenario was part of the second annual Eastern National Robot Rodeo. Photo credit: Don Peek

Explosive ordnance disposal technicians from across the globe gathered last week at Dobbins Air Reserve Base in Georgia for the annual Eastern National Robot Rodeo.

The event was sponsored by the Technical Support Working Group of the Combating Terrorism Technical Support Office, the United Kingdom Ministry of Defense’s Defense Science and Technology Laboratory and the Air Force Civil Engineer Center.

“Those three funding partners have come together with the joint mission of trying to identify robotics capabilities, where the gaps in current technology are and where we need to go forward to improve,” said Master Sgt. Richard Swann, 94th EOD flight operations section chief. “In order to do that we’ve brought in a good mix of civilian bomb squads and military bomb squads because we use a lot of the same technology and same equipment.”

The Robot Rodeo included seven different training scenarios throughout the week-long event. The scenarios ranged from removing explosives from a large vehicle improvised explosive device to handling a small jar of an explosive chemical compound locked inside a cabinet drawer. Each of the scenarios relied on different sized robots and techniques for completing the mission.

The event also allowed the robot developers and contractors to see how their creations fared in real-world training scenarios.

“It highlights areas where even though robots and technology have progressed to this amazing point that it is now, there are still things that it can’t do that would be nice from a bomb tech’s perspective because it makes it even safer for us,” explained Swann. “That’s what each of those scenarios is designed to do: to target a different task or a different capability of each robot.”

In designing the different scenarios, the evaluators relied on a variety of locations both on and off base to provide realistic situations for testing the robots’ capabilities. The event coordinators teamed up with explosive specialists from the Transportation Security Administration to create training scenarios at Hartsfield Jackson International Airport, said Swann.

Most of the training scenarios pitted one team against another, but for the airport scenarios, two teams worked together to complete the mission of retrieving explosive material from a piece of luggage. Swann said they purposely paired up teams that might not get a chance to regularly work together and could therefore learn different approaches – for instance, a military and a civilian team might work together or a U.S. military team with the RAF team.

“We worked with the Army team yesterday at the airport, and they had a different mindset on how to attack certain things, which was interesting and helped out some, so I think we helped each other there,” said Senior Airman Tyler McMillan-Wammack, 20th Civil Engineer Squadron EOD journeyman at Shaw Air Force Base, S.C.

The training scenario featuring the locked cabinet containing the mock explosive chemical compound forced teams to work together to figure out how to best use the robot’s abilities to overcome a variety of challenges. Working through these challenges allowed the team to eventually find the best angle for approaching one of the doors containing a number for the combination padlock. After several attempts of the spring-loaded door slamming shut, they regrouped, came up with different ideas based on their experience and training with the robot. On their next try, they opened the door and recorded the first number.

“If seven teams are competing, you’re going to see seven different approaches,” Swann said. “It’s good to get that variety so when you find out what may look like a capabilities gap for one team, the next team does it with no problem. Maybe that’s not a technology gap; maybe that’s a robot operator training gap.”

At the end of each training scenario, the evaluators discussed the scoring with the teams, identifying what went well while also giving advice for overcoming challenges based on what other teams found successful. The teams also had the opportunity to provide feedback of their own on the robot’s capabilities to perform the mission. This critique also provided helpful feedback to the contractors which ultimately helps them to create better, safer robots to be used in real-world scenarios.

“We’re the end user,” said Swann. “We use robots. They’re a tool for us. To do events like this, it leads to better, more capable tools that make our job safer. The funding partners get more information to direct their research dollars, so they’re not wasting money researching technology that’s no longer really needed and can focus on things the field actually wants and try to get it ready for implementation.” 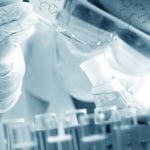