Tekmira Pharmaceuticals Corporation, a leading developer of RNA interference (RNAi) therapeutics including anti-Ebola countermeasures, provided an update to shareholders this week and commented on a new infusion of funding from the Department of Defense.

The DoD’s Joint Project Manager Medical Countermeasure Systems BioDefense Therapeutics (JPM-MCS-BDTX) has exercised an option, via a current contract with Tekmira, to manufacture a modified RNAi therapeutic targeting the Ebola Guinea variant. Tekmira has been awarded the option for scale up and GMP manufacture of the product for approximately 500 treatment courses, which is valued at $7.0 million.

“In response to the extremely unique circumstances surrounding the Ebola virus outbreak, we have designed and initiated production of a modified RNAi therapeutic directed against the Guinea variant of the Ebola virus, which is responsible for the epidemic in West Africa,” said Dr. Mark J. Murray, Tekmira’s President and CEO. “We are also very pleased that the DoD exercised the option to manufacture TKM-Ebola-Guinea, valued at $7.0 million. This shows a commitment to the continued development of anti-Ebola therapeutics.”

The company further stated that design of a modified RNAi therapeutic targeting the Ebola-Guinea virus variant, which is responsible for the current epidemic in West Africa, has been completed. GMP manufacture of the TKM-Ebola-Guinea product has commenced and supply of this product will be available in early December 2014, with the objective of using the product for clinical studies in West Africa.

Under the FDA’s expanded access program, several patients with a confirmed or suspected Ebola virus infection have already been treated with the company’s original TKM-Ebola drug, which was approved for Emergency Use by the FDA. Data is being collected and will be provided to the FDA under the Company’s Investigational New Drug Application (IND). 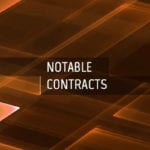 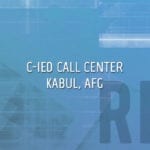