The Department of Homeland Security (DHS) Science and Technology Directorate (S&T) has awarded $1.5 million to Zeteo Tech to develop and test a new sensor technology prototype that combines trigger and detector functions and will enable real-time detection of aerosolized biological threat agents including bacteria, viruses, and toxins.

“S&T’s objective in developing this new sensor technology and our other biological and environmental threat detection initiatives is to protect citizens and critical infrastructure from these threats,” said William N. Bryan, Senior Official Performing the Duties of the Under Secretary for Science and Technology. “These efforts will greatly improve detection and response times to potential bioterrorism attacks or naturally occurring biological incidents.”

The Zeteo Tech prototype sensor will combine two component technologies that together have trigger and detector functions.  The trigger technology will sort individual airborne biological agents by size and shape and send them into the detector one particle at a time to ensure that a clean, single “molecular fingerprint” is generated for that particle.

The detector will use matrix-assisted laser desorptive ionization time-of-flight mass spectrometry (MALDI-TOF MS) technology to generate molecular fingerprints that are unique to each particle.  By combining these technologies, this novel sensor offers potential for continuous air monitoring with the ability to rapidly and confidently identify biological particles indicative of a bioterrorism event with limited human intervention for sample collection and analysis.

Zeteo Tech Raises $3.5M in Series A Funding Round

Zeteo Tech also announced this week that it has raised $3.5 million in seed stage funding from industrial technology venture capital firm Anzu Partners. The funding will be used for the continued development of its digitalMALDI® technology and the commercialization of its biological mass spectrometers used to identify airborne infectious disease and bio-terror threats.

“Zeteo Tech’s mass spectrometry systems enable fully-automated and near real-time identification of bio-threats in operational environments, said Dr. Wayne Bryden, President and CEO of Zeteo Tech. “This infusion of capital from Anzu Partners will help us accelerate our commercialization timeline to ensure our compact, low-power instruments can be deployed to the applications and geographical regions that need it the most.” 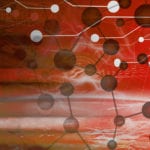 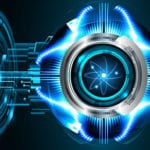