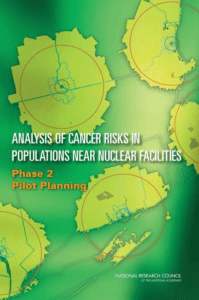 A new report from the National Academy of Sciences provides an expert committee’s advice about general considerations for carrying out a pilot study of cancer risks near seven nuclear facilities in the United States.

The pilot study will assess the feasibility of two approaches that could be used in a nationwide study to analyze cancer risk near nuclear facilities regulated by the U.S. Nuclear Regulatory Commission.

The report comprises the committee’s advice, which is presented in the form of 14 considerations related to procedures and methodologies for carrying out the pilot study; it is not intended to be a comprehensive workplan of how to conduct the pilot study.

Among the considerations is an emphasis on transparency during the pilot study with respect to process, procedures, assumptions, and uncertainties about available information — as well as an emphasis on ongoing, two-way communication with stakeholders and the public.

One of the approaches that could be used in the pilot study is a population-level, or ecologic, study that would describe the rates of cancer occurrence and death in populations that live within approximately 30 miles of nuclear facilities.

The ecologic study would examine multiple cancer types at all ages.  A second approach is a case-control study, which would assess whether children younger than 15 years old born near a nuclear facility are at a higher risk of developing cancer than those born farther away but still within a 30-mile radius of the facilities.

The pilot study will make use of existing health information from state cancer registries and vital statistics offices along with data from the nuclear facilities on radioactive effluent releases.

The committee that wrote the report cautions that because of the small sample size, data collected during the pilot study will have limited use for estimating cancer risks in populations near the seven pilot nuclear facilities.

Interpretation and communication of risk estimates from the pilot study, if reported, should be done with great caution. Carrying out the pilot study, which was recommended in a 2012 National Academy of Sciences report, is subject to receipt of funding from the sponsor, the U.S. Nuclear Regulatory Commission. 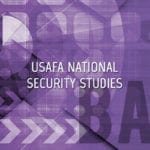