An ongoing Ebola outbreak in a war-torn region of the Democratic Republic of Congo is already the second-largest Ebola outbreak in history, with more than 500 cases. But amid the tragedy and chaos, public health officials have accomplished a remarkable feat: For the first time in history, an experimental Ebola vaccine is being rolled out at a large scale, potentially preventing infections and saving lives.

Public health officials have managed to get more than 45,000 people, achieving between 95 and 100 percent of coverage. Those are the levels we see for vaccination coverage of well-tested shots in stable and wealthy countries.

Image: While in the field, dressed in a full complement of personal protective equipment (PPE), this epidemiologist was implementing a rapid diagnostic test, which was used during the 2014-2015 Ebola response to quickly test for the presence of Ebola virus. Credit: CDC/ John Saindon 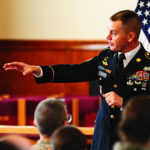 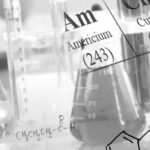