The government of the Marshall Islands, a former nuclear testing ground, is hauling the world’s eight declared nuclear powers and Israel before the International Court of Justice, seeking the start of long-promised talks for a convention to ban atomic arsenals, much like the treaties that already prohibit chemical, biological and other weapons of mass destruction. NY Times >>

EM bloggers provide subject-matter expertise on a variety of emergency management topics, providing readers with insight and observations into timely events. These are their reflections on 2014 and how these trends and events will shape the future. Emergency Management >>

Given the inherent difficulties in detecting chemical agents prior to use, early warning capabilities are critical. The ability to detect trace levels of hazards quickly can protect people from low-level, long-term exposure and save lives. First on-scene operators employ the Fido C1 chemical agent sensor to rapidly detect class-specific agent contamination on a variety of surfaces after a suspected attack. Global Biodefense >>

A scientist and WMD expert with the Defence Science and Technology Organisation (DSTO), Dr. Robert (Bob) Mathews, has been honored by the Organisation for the Prohibition of Chemical Weapons (OPCW) for his contributions to chemical weapons disarmament in a ceremony earlier this month in The Hague. The Interpreter >>

In response to the reduced threat and as an economy measure, and out of a desire to save money, the inner cabinet approved a proposal by Ya’alon to end the distribution of gas masks to civilians and reduce production to the amounts needed by the army and emergency responders. Haaretz >>

The South Korean and Japanese defense ministries and the U.S. Defense Department have finalized a trilateral information-sharing arrangement concerning the nuclear and missile threats posed by North Korea. DoD News >>

Officials from the U.S. Department of Health and Human Services commented last week on the accelerated development of two promising Ebola vaccines, known as rVSV-ZEBOV-GP and ChAd3 EBO-Z. BARDA will support development by both companies of vaccine formulations to improve productivity and stability, including a formulation similar to freeze-drying, so the vaccine does not have to be kept frozen. Global Biodefense >>

Analysis of Cancer Risks in Populations Near Nuclear Facilities

Report entails a pilot study requested by the United States Nuclear Regulatory Commission (USNRC) to assess the risk of cancer near nuclear facilities in the United States. The report provides advice in performing a number of tasks related to the planning for a pilot epidemiological study. National Academies Press >>

Soligenix, Inc. announced today the publication of data demonstrating that the combination of RiVax and VeloThrax induces protective immunity to both ricin toxin and anthrax toxin exposure. RiVax is the company’s candidate vaccine for the prevention of exposure to ricin toxin using a unique antigen that is completely devoid of the toxic activity of ricin. Global Biodefense >>

Vermont Yankee Shuts Down – After 42 Years

Capping off slightly more than 42 years of splitting atoms and generating electricity, the Vermont Yankee nuclear power plant’s reactor was shut down for the final time today. Planning is already well under way by the company on what lays ahead, namely a decommissioning process expected to take place over several years. U.S. NRC >> 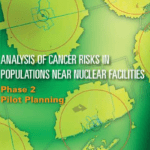