A joint body between the United Nations and the Organisation for the Prohibition of Chemical Weapons (OPCW) to investigate the use of chemical weapons in Syria is fully operational as of today, Secretary-General Ban Ki-moon has informed the Security Council. UN News Centre >>

Modeled on Mumbai? Why the 2008 India Attack Is the Best Way to Understand Paris

The horrific terrorist attack in Paris was likely modeled on an earlier terrorist horror, the November 26-29, 2008 attack in Mumbai, India, in which ten terrorists killed 164 and wounded more than 300. Brookings >>

Among other things, it would require plant operators to maintain resources and procedures to cool a reactor’s core and spent fuel pool, as well as preserve the reactor’s containment, following an event that disables all a/c electrical power sources at a site. Occupational Health & Safety >>

The U.S. Department of Health and Human Services’ Office of the Assistant Secretary for Preparedness and Response (ASPR) this week announced it will add two types of anthrax antitoxin drugs to the Strategic National Stockpile (SNS) as options to treat inhalational anthrax. Global Biodefense >>

Scientists Reveal How to Survive a Real-Life Nuclear Fallout

If you’re one of the lucky few Fallout 4 players who’s managed to peel themselves off the sofa, you might be wondering: How long could I actually survive in a post-nuclear war world? There’s a lot to think about. First you’re going to need underground shelter to protect yourself from the damaging particles of ionizing radiation. IFL Science >>

Five Things to Know About the Paris Attack

A more complete picture of the horror and carnage in Paris is slowly emerging as officials, police, and eyewitnesses add details about a series of attacks that have killed more than 120 people and injured hundreds more. ISIS has claimed credit—and French and other officials seem to agree. If true, the attack raises many questions about how the group is changing and the vulnerability of the United States and Europe. Brookings Institute >>

Pics of the Day: Which Chemical Made This Parking Lot Look Like It Was Covered in Snow?

Earlier this week, a chemical overflowed from a silo in a parking lot in New Holland, Pa. and unleashed a blanket of white dust that looked like snow. Which chemical was the culprit? Polyvinyl chloride — also known as PVC, which is the third most common produced synthetic polymer in the U.S. Chem.info >>

US Firefighter Has World’s Most Extensive Face Transplant

US surgeons say they have carried out the world’s most extensive face transplant to date, including the entire scalp, ears and eyelids. Plastic surgeon Dr Eduardo Rodriguez led the team that performed the 26-hour surgery to give injured volunteer firefighter Patrick Hardison, aged 41, a new face. BBC News >>

This Slim Metal Tube is Chock Full of Disaster Supplies

After Japan was rocked by a huge earthquake in 2011 and then a tsunami, the nation ramped up its focus on emergency preparation. Part of this was making sure some kind of emergency kit is readily available. But rather than relying on traditional emergency kits, Japanese interior design company nendo invented a disaster kit that responds to the needs of the modern survivalist. Medical Design Technology >>

DoD Isn’t Just a Poor Buyer; It Is Also a Bad Customer

There is a real sense of victimhood in the DoD-centric narrative. And, yes, there are instances of waste, fraud and abuse in defense acquisition. But far less than one might imagine given the hundreds of thousands of contracts the Pentagon signs annually. Nor is there strong evidence to back the idea that the source of DoD’s acquisition problems is its inability to subdue an all-powerful, rapacious and unethical private sector. Lexington Institute >>

On a visit to Dubai, after hitting a beach on the giant palm tree-shaped island or carving some powder in the shopping-mall ski slope, you’ll probably want to see the Burj Khalifa. From the courtyard at the base of the world’s tallest building, you have to crane your neck so far back you might fall into the pool of dancing fountains. And if you’re prone to anxious thoughts, you might wonder: How would I get down if I’m stuck up there during a fire? CityLab >>

The U.S. Government Wants to Register Drones. Here’s Why It Should

The drones are coming. Soon, they’re going to be delivering our packages, our medical supplies, taking our photos, walking our dogs, and potentially end up being as ubiquitous as the smartphone. And while all that is certainly exciting, it also creates a ton of regulatory concerns about integrating drones into the national airspace. NextGov >>

Assessing TSA’s Management and Implementation of the Screening Partnership Program

This hearing aims to examine the Transportation Security Administration’s (TSA) management and implementation of the Screening Partnership Program (SPP), and will highlight the conclusions of the Government Accountability Office (GAO) report on TSA federal cost estimate methodology. Homeland Security Committee >>

In light of the recent attacks in Paris, START has compiled a list of START research-based publications, presentations and data sources that contribute to analysis of the current state of global terrorism and the Islamic State. START >>

Tensions in Iran After Nuclear Deal Grow in Hostility

Tensions between the Iranian president, Hassan Rouhani, and more conservative authorities over the country’s nuclear agreement and its future are turning increasingly bitter, punctuated by public exchanges and growing signs of an anti-American backlash, including arrests. NY Times >>

Atomic Scientists at 70: Restoring Reason to the Nuclear Debate

Getting serious change on almost any major policy issue, nationally or internationally, usually demands a combination of reason and emotion: reason to identify what will best solve the problem, and emotion to ignite the spark of political will that in the best case will advance a cause (but which in the worst case may kill it). Bulletin of the Atomic Scientists >>

Firefighters may face a higher risk of heart disease than do other emergency responders, a small new study finds. In the study, the researchers looked at heart disease risk factors such as blood pressure and body fat levels in firefighters, paramedics and police officers, and found that firefighters had the highest risk. Yahoo News >> 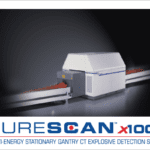