Islamic State is working “very seriously” to produce chemical weapons which could be used to strike major cities anywhere in the world, an Iraqi intelligence official has said. So far the Islamist group, responsible for last weekend’s deadly attacks in Paris, is known to have used mustard gas and chlorine on the battlefield in Iraq and Syria. Sky News >>

For a Peaceful World: Diplomat Calls for Ending Chemical Weapons

While speaking at a seminar “Achievements of OPCW and its future role in post-destruction phase” organized by the Institute of Strategic Studies Islamabad (ISSI), he said that at a time when chemical weapons were still being used to horrific effect, “we owe it to ourselves, and our future generations to do away with these weapons, once and for all.” The Express Tribune >>

Iraqi, US Officials: IS Working to Produce Chemical Weapons

The Islamic State group is aggressively pursuing development of chemical weapons, setting up a branch dedicated to research and experiments with the help of scientists from Iraq, Syria and elsewhere in the region, according to Iraqi and U.S. intelligence officials. Business Insider >>

Edited by Dr. Jean Pascal Zanders, the book features the writings of eleven experts and historians on gas warfare and chemical weapons and is being published to coincide with the first phosgene attack in WWI on 19 December 1915. The Trench >>

Now that so many people use social media – Facebook claims more than 1.5 billion users – it makes an excellent, swift, alternative means of communication. This can be useful in times of terrorist attacks, such as in Paris, during events such as the Arab Spring or elections in countries with state-controlled news outlets, or in the event of natural disasters. The Conversation >>

How Do You Find Plutonium? Go to Nuclear Inspector School

No names. No pictures. No direct conversation. And don’t touch the plutonium. Those were the ground rules before NPR was allowed a rare opportunity to see nuclear inspectors learning their craft. The inspectors came from the International Atomic Energy Agency, the world’s nuclear watchdog. NPR >>

The media and other staffers were faced with a scenario which involved the release of radioactive materials at the Savannah River National Laboratory, a facility operated by the SRS management and operations contractor, Savannah River Nuclear Solutions. Emergency Management >>

Barton Community College in conjunction with the National Partnership for Environmental Technology Education (PETE) will begin offering a 10-day Hazardous Waste Worker Training Program at military installations across the country. The course is geared toward transitioning soldiers, retirees and family members at no cost. Hazmat Nation >>

On Oct. 20, the National Nuclear Security Administration (NNSA) and United States Air Force conducted the third development test of an unarmed B61-12 nuclear gravity bomb at Nevada’s Tonopah Test Range. As you can see below, the test drop was a success. Not bad for a bomb with no propulsion system. Motherboard >>

Three senior leaders of the global nonproliferation effort have strongly recommended the completion and operation of the MOX Fuel Fabrication Facility (MFFF), or MOX Project, to fulfill America’s agreement with Russia and trigger their compliance. Areva >>

China’s Nuclear Submarines: The End of “No First Use?”

China has a consistent history of publicizing its policy of “No First Use” of nuclear weapons. But China has one of the world’s most secretive nuclear weapons programs, so why is this doctrine understood as a sincere description of China’s attitude toward its ever-increasing nuclear arsenal? Why should the international community believe China’s promise not to be the first to use nuclear weapons in anger? Bulletin of the Atomic Scientists >>

Thermo Scientific’s Gemini handheld chemical analyzer has been selected by R&D Magazine to be among the year’s top 100 innovative products. The Gemini analyzer, the first handheld instrument to combine both FTIR and Raman spectroscopy, also received Editor’s Choice recognition in the Analytical/Test category for 2015. Global Biodefense >>

The Russian government has approved the federal target program (FTP) for nuclear and radiation safety for 2016-2020 and the period up to 2030, Russian news agency Nuclear.Ru reports, citing an unnamed source at Rosatom. World Nuclear News >>

“It will not only provide a quicker response to pandemics, but it will also make protein-based drugs more available to third-world countries where production and refrigerated storage can be problematic,” added William Pitt, a study coauthor and fellow BYU professor of chemical engineering. Global Biodefense >>

Robert J. Goldston, professor of astrophysics at Princeton University and a former director of the Princeton Plasma Physics Laboratory, has won the IAEA’s 2015 Nuclear Fusion Journal Prize for his development of a theoretical physics model that will ultimately enable engineers to design the wall for a vessel containing fuel used in nuclear fusion to generate electricity. IAEA >>

Firefighters from several agencies demonstrated new tools being used across Ventura County to rescue people trapped in vehicles after crashes. The Ventura County, Fillmore and Oxnard fire departments this year received 17 sets of Holmatro extraction tools and other equipment through $562,000 in grants from the California Office of Traffic Safety and the Federal Emergency Management Agency. Emergency Management >>

The 911 System Wasn’t Built for Smartphones

On police TV dramas, cellphones allow cops to do seemingly miraculous things. GPS can track kidnapping victims from a cellphone stashed in the trunk of a moving car, or pinpoint a call to a single creepy basement. But in reality, figuring out the exact location of a cellphone—and accurately transmitting that location to an operator—is nearly impossible. NextGov >> 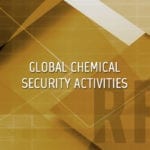