Ansbach Explosion: Syrian Asylum Seeker Blows Himself Up in Germany

A failed Syrian asylum seeker has blown himself up and injured 15 other people with a backpack bomb near a festival in the south German town of Ansbach. The 27-year-old man, who faced deportation to Bulgaria, detonated the device after being refused entry to the music festival, Bavarian officials say. About 2,500 people were evacuated from the venue after the explosion. BBC News >>

Two suicide bombers have detonated explosives-laden cars outside the offices of the UN’s mine-clearing agency and a Somali army checkpoint in Mogadishu, killing 13 people including seven guards, Somali police officials have said. The Guardian >>

Legwarmers, preppies, yuppies, Molly Ringwald, nuclear paranoia … the 1980s were my favorite decade. I was in junior high school in New Jersey when I saw The Day After, a 1983 TV movie that depicted a nuclear war between the United States and the Soviet Union. The focus of the movie, however, was not on the war but rather on the impact that the nuclear exchange had on everyday people. I remember watching the movie with my parents, being very scared, and thinking “Could this really happen?” NIST >>

Several countries have expressed concern over the ability of militant groups in Libya, including the self-declared “Islamic State” (IS) to gain access to the stockpile and use it to further their causes. British Foreign Secretary Boris Johnson said the resolution “reduced the risk of these weapons falling into the hands of terrorists and fanatics.” Russia’s UN Ambassador Vitaly Churkin said the UNSC’s unanimous decision was relevant “given there’s been a springing up of terrorist groups in Libya.” Deutsche Welle >>

In line with the decision of the Conference of States Parties of the Organisation for the Prohibition of Chemical Weapons (OPCW), the Ministry of Education and Human Resources, Tertiary Education and Scientific Research will chair a technical committee geared towards raising awareness of the educational sector on the provisions of the Chemical Weapons Convention (CWC). All Africa >>

In his first address to the United Nations as Britain’s foreign secretary, Boris Johnson on Friday praised a Security Council resolution calling on countries to help Libya dispose of its last remaining chemical weapons stocks by shipping them out of the country. After raising his hand to join the 14 other council members in unanimously adopting the British-drafted resolution, Johnson cited the threat of chemical weapons falling into the hands of extremists as the main reason behind it. The Washington Times >>

According to Tokyo Electric Power Company (TEPCO), the controversial operator of the crippled nuclear reactors at Fukushima, ‘Pokémon GO’ characters have been discovered inside the grounds of Fukushima Daichi and Daini power plants. Forbes >>

Fukushima and the Oceans: What Do We Know, Five Years On?

A major international review of the state of the oceans five years after the Fukushima disaster shows that radiation levels are decreasing rapidly except in the harbor area close to the nuclear plant itself where ongoing releases remain a concern. At the same time, the review’s lead author expresses concern at the lack of ongoing support to continue the radiation assessment, which he says is vital to understand how the risks are changing. HSNW >>

Why San Onofre’s Nuclear Waste Stays on the Beach

More than 1,800 tons of spent fuel from the San Onofre nuclear power plant outside San Deigo is still stuck on the grounds of the facility, says the San Diego Union-Tribune, with no long-term storage facility in sight. Bulletin of the Atomic Scientists >>

Look Back … to Army’s Final Approval of a Chemical Weapons Incinerator, 1991

July 23, 1991, in The Star: The Department of the Army has taken the last step in approving construction of a facility at Anniston Army Depot to destroy AAD’s chemical weapons stockpile. In a final bureaucratic formality, the Department of the Army has issued an official “record of decision” approving incineration of the obsolete weapons. The decision was issued July 12. The Anniston Star >>

BBC employees were offered the chance to survive a nuclear holocaust by broadcasting from an underground bunker, but they could not tell their wives, newly released files reveal. The Telegraph >>

If you were in the shoes of a nation’s premier official news outlet, what would you do in case of nuclear attack? That was the question facing the British Broadcasting Corporation during the Cold War. So, the top brass decided to plan ahead and draw up an official “BBC War Book” that dealt with every contingency in advance, and spelled out the appropriate pre-programmed, canned response from a series of scenarios. Bulletin of the Atomic Scientists >>

START was signed on July 31, 1991, by President George H.W. Bush and Soviet President Mikhail Gorbachev. The treaty limited the number of Intercontinental Ballistic Missiles and nuclear warheads either country could possess. The treaty directly led to the deactivation and destruction of 450 Minuteman II silos and 45 associated Launch Control Facilities. Due in part to treaty language, the U.S. Air Force worked with the National Park Service to preserve a single launch control facility and silo; today these two sites, the Launch Control Facility Delta-01 and the Delta-09 Missile Silo, can be found in Minuteman Missile National Historic Site. National Parks Traveler >>

Working off draft copies of the two parties’ respective platforms, here’s a look at what the two-party system has to say about non-proliferation for the next four years. These are dramatic, confrontational texts, each calling out the opposing party’s leadership and policies. Pandora Report >>

Nuclear Weapons in Turkey are Destabilizing, But Not for the Reason You Think

Following the failed coup attempt in Turkey last week, concerns have been raised about the safety and security of American nuclear weapons stored at Incirlik Air Force base. People have wondered if the United States still needs to store nuclear weapons abroad. There have also been questions about the particular mission of the B-61 — a gravity bomb designed for delivery by piloted aircraft. The debates about the B-61, however, have failed to account for how the United States’ “pick up and drop” approach to NATO’s nuclear weapons posture in Turkey could prompt a first strike — and therefore undermine the deterrent mission the bombs are supposed to support. War On The Rocks >>

China has maintained one of the least disputatious nuclear policies in the world since conducting its first nuclear test in 1964 and due to change in technology over the past two decades, it has forced Beijing to reassess its approach. China’s initial development of ballistic missiles and nuclear weapon were small, highly vulnerable and unsophisticated. For more than three decades, the speed of China’s nuclear modernization was slow and less diverse than that of the United States and the Soviet Union. New Delhi Times >>

N. Korea Warns US of ‘Terrifying Price’ Over Nuke Tensions

North Korea warned the United States on Tuesday that it will pay a “terrifying price” if the Korean Peninsula sinks into deeper tensions, stepping up its rhetoric hours after U.S. Secretary of State John Kerry blasted Pyongyang for its nuclear program. NY Times >>

A U.S. policy institute said it may have located a secret facility used by North Korea in the early stages of building its program to enrich uranium for nuclear weapons, which if confirmed would be critical to the success of any future nuclear deal, according to a report seen by Reuters on Thursday. The report by the Institute for Science and International Security said there has always been doubt about whether North Korea has disclosed all of its nuclear facilities. Reuters >>

What is truth and what is propaganda? How do documentaries fit into those paradigms? Two films that came out in 2015 attempt to answer those questions vis-à-vis North Korea. One is The Propaganda Game, by Spanish filmmaker Alvaro Longoria. The other is Under the Sun, by Russian filmmaker Vitaly Mansky. 38 North >>

Self-Healing Textiles Not Only Repair Themselves, But Can Neutralize Chemicals

Someday, chemically protective suits made of fabric coated in self-healing, thin films may prevent farmers from exposure to organophosphate pesticides, soldiers from chemical or biological attacks in the field and factory workers from accidental releases of toxic materials, according to a team of researchers. Chem.info >>

The Big Boom: Nukes and NATO

Perry has been an inside player in the business of nuclear weapons for over 60 years and his book, “My Journey at the Nuclear Brink,” is a sober read. It is also a powerful counterpoint to the North Atlantic Treaty Organization’s (NATO) current European strategy that envisions nuclear weapons as a deterrent to war. CounterPunch >>

Rwanda is expected to establish a centre of excellence that will help the country in advancing its handling and protection of Chemical, Biological, Radiological and Nuclear (CBRN) threats. As the country experiences both economic growth and technological development which bring along better life for citizens, this also creates new CBRN risks. KT Press >>

Why the U.S. Should Move Nukes Out of Turkey

A week ago, the question of whether the U.S. should continue to station nuclear missiles in Turkey was of interest only to a passel of national-security geeks and nonproliferation advocates. One failed coup later, the discussion has spread to CNN, the New Yorker, the New York Times, the Washington Post and elsewhere. Who’s winning the debate? Bloomberg >>

The End of Nuclear Proliferation?

Fifty years after the international community began efforts to prevent the spread of nuclear weapons to states beyond those recognized in the Nuclear Non-Proliferation Treaty (NPT), the era of nuclear proliferation may be over. The National Interest >>

The IAEA will cooperate with Russian authorities in the enhancement of the country’s national radiation safety standards and in the implementation of international safety standards as a result of two new agreements signed last week in Moscow. IAEA >>

As the clock ticks down on the final term of US President Barack Obama, who is believed to be reviewing a potential disarmament agenda for his last months in office, there has been a flurry of activity on Capitol Hill to try to influence the internal debate. Defense News >> 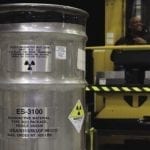 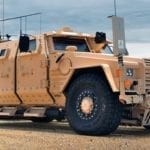