Damage to the port city of Onahama in Fukushima Prefecture after the March 2011 earthquake and tsunami. Credit: Yasuo Osakabe

A 7.1 magnitude earthquake was recorded off the coast of Fukushima Prefecture in northeastern Japan on Saturday night, injuring around 100 people, closing roads and trains, and leaving almost a million people without electricity overnight.

It came almost 10 years after the nearby Tohoku quake of March 2011, a magnitude 9.0 earthquake that caused a catastrophic tsunami and resulted in thousands of deaths and a nuclear reactor meltdown.

In the hours after Saturday’s quake, there were several aftershocks up to magnitude 5, and officials warned there could be more to come.

The Japan Meteorological Agency said the quake itself was an aftershock of the 2011 event. That might seem odd, but aftershocks of a major earthquake can persist for years and even decades.

How Do You Know If It’s an Aftershock?

The earthquake occurred in what’s a called a “subduction zone”, where the Pacific tectonic plate slides under the plate on which northern Japan sits at a rate of 7 to 10 cm per year. It’s an area where there are a lot of earthquakes. It was a structurally simple earthquake: what’s called a “thrust” or “reverse slip” quake, in which rock above the fault moves up and over the rock below the fault.

In areas with low seismic activity, we can recognise aftershock patterns for years and decades after a major quake. The Christchurch earthquake of 2016, for example, was an aftershock of the 2010 quake. Some scientists think aftershock sequences in regions like the eastern USA and Australia may persist for centuries.

In these seismically quiet places, it’s relatively easier to spot aftershocks. The main hallmark is that the rate of quakes in an area is higher after a major quake than it was before. When the rate of quakes has dropped back to what it was originally, we say the aftershocks have stopped.

However, in places like Japan with high seismic activity, it can be hard to say whether one earthquake is an aftershock of another.

On one hand, the rates of aftershocks reduced to pre-2011 rates within about 3 years of the Tohoku earthquake and thus the sequence may have concluded.

So Was This An Aftershock?

It’s certainly plausible that Saturday’s quake was an aftershock.

The 2011 quake was enormous — the largest ever recorded in Japan, and the fourth-largest worldwide since modern record-keeping began around 1900. It released around 1,000 times as much energy as Saturday’s earthquake, and created a rupture more than 500 km long with 10s of meters of slip. But the slip on the fault was not uniform and seismic activity continued in some areas that did not fail entirely in that earthquake.

Given all this, it’s almost certain there will be some relationship between the two quakes.

What’s more, there have been relatively few aftershocks of the 2011 quake close to where this one happened. This suggests it might have been a “balancing out” of stresses.

On the other hand, there have been several magnitude 7 quakes over the past century within 100 kilometres or so of this one, so it’s hardly out of the ordinary.

A definite answer on whether this was an aftershock or not will require detailed analysis of the quake and others in the region.

What We Can Learn From This

A quake like this one can be a valuable reminder of how important it is to learn the lessons of a disaster.

The earthquake generated very strong shaking in areas of Japan that were severely affected by the 2011 earthquake shaking and tsunami. Effects such as liquefaction are likely to have occurred again.

People sometimes think a big quake relieves stress built up in Earth’s crust and you can relax afterwards. In reality, it’s the opposite. When you have a big quake, there’s a higher probability you’ll have more to come. Subsequent earthquakes, whether they adhere to statistical definitions of aftershocks or not, can induce recurrent hazards that cause more damage to buildings and infrastructure and present risks to human life.

After a disaster, it is critical to act to reduce future exposure and vulnerability to future disasters through actions such as more considered land-use planning informed in part by better maps of seismic hazards, enhancing coastal protection through engineering of sea-walls and breakwaters and using vegetation, and making sure that warning and evacuation protocols are efficient and effective.

Japan is a world leader in many of these aspects, and the lessons learned from Tohoku are likely to have generated outcomes that minimised some of the loss and damage that could have otherwise occurred from Saturday’s earthquake.

This article is republished courtesy of The Conversation. 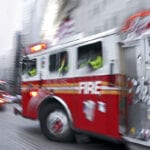 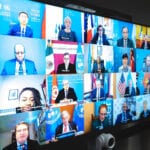