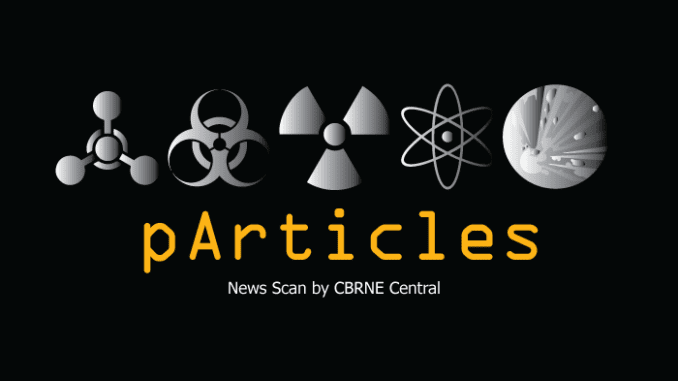 A crucial project at the site of the Chernobyl nuclear power plant can now proceed to its final stages thanks to additional pledges by the international donor community at a conference in Kiev yesterday. World Nuclear News >>

At Chernobyl and Fukushima, Radioactivity Has Seriously Harmed Wildlife

The largest nuclear disaster in history occurred 30 years ago at the Chernobyl Nuclear Power Plant in what was then the Soviet Union. Radioactive cesium from Chernobyl can still be detected in some food products today. And in parts of central, eastern and northern Europe many animals, plants and mushrooms still contain so much radioactivity that they are unsafe for human consumption. The Conversation >>

The U.S. Department of Homeland Security wants to evaluate technology capable of taking out drones flying above cities. Counter-unmanned aerial systems are among the emerging technologies the department wants in the hands of first responders. Defense Tech >>

For the fourth year in a row, 2015 saw a rise in the number of civilian casualties from explosive violence around the world: 33,307 civilians having been killed or injured by explosive weapons – up 2 percent from 2014, and 54 percent more than when Action on Armed Violence’s (AOAV) monitoring began in 2011. HSNW >>

Obama Should Visit Hiroshima and Nagasaki

On May 26 and 27, President Barack Obama will join with other leaders from the Group of 7 industrialized nations at a summit hosted by Japanese Prime Minister Shinzo Abe at Ise-shima in Japan’s Mie Prefecture. At the conclusion of that visit, his last to Japan as a sitting president, Obama will have an opportunity to do something no other American president has ever done: visit the first and last cities to suffer atomic bombings. Rand Organization >>

Sometimes considered the “junior” member of the WMD triumvirate, chemical weapons actually have a unique place in the pantheon of death dating back to the First World War. The fear and revulsion generated by chemical weapons spawned new concepts of conflict and deterrence and contributed to the establishment of a robust international architecture of laws, treaties, agreements, and norms designed to prevent their proliferation and use. War on the Rocks >>

In the decade between 2005 and 2014, more than 6,000 natural and technological disasters occurred around the world, killing more than 0.8 million people, displacing millions more, and costing more than $1 trillion. Losses due to disasters are increasing in both developed and developing countries. HSNW >>

Speaking to the BBC on Sunday, President Barack Obama took a firm, unbending, and principled stand against something not a soul has advocated: that the United States and its allies use ground forces to oust Bashar al-Assad. “It would,” pronounced the president, “be a mistake for the United States, or Great Britain, or a combination of Western states to send in ground troops and overthrow the Assad regime.” Defense One >>

Great Progress Since Chernobyl—And the Distance Still to Go

The key to handling disasters is to anticipate—and prepare for—the worst. Fortunately, as science and technology have advanced, so too has human capacity to anticipate and respond to disasters. Nature continues to produce extreme environmental events. But today, the hazardous activities in which human beings engage are generally designed with emergency preparedness and response in mind. Bulletin of the Atomic Scientists >>

Coping with the vast amounts of ground water flowing into the broken Fukushima nuclear plant — which then becomes radiated and seeps back out — has become such a problem that Japan is building a 35 billion yen ($312 million) “ice wall” into the earth around it. AP >>

What We Learned from Chernobyl About How Radiation Affects Our Bodies

The world has never seen a nuclear accident as severe as the one that unfolded when a reactor exploded in Chernobyl on 26 April 1986, sending vast amounts of radiation into the skies around Ukraine, Belarus and Russia. The planet had experienced massive releases like this before, in the bombings of Hiroshima and Nagasaki in 1945. But Chernobyl-related radiation exposure had a more protracted character. HSNW >>

Germany: Companies Should Pay $26.4B in Nuclear Waste Deal

An expert panel is proposing that German energy companies should pay 23.34 billion euros ($26.38 billion) in return for being absolved of “eternal” responsibility for the storage of nuclear waste. The plan was announced Wednesday by a panel composed of government officials, industry and campaign groups. Seattle Times >>

When you hear “export control regulations,” your mind might conjure up images of professors behind bars for disclosing national secrets. Or, it could be an image of bewildering forms covered with government legal jargon. University of Georgia >>

ISIS in the Pacific: Assessing Terrorism in Southeast Asia and the Threat to the Homeland

Joseph Chinyong testifies before the House Subcommittee on Counterterrorism and Intelligence on the Islamic State’s reach in Southeast Asia and the terrorist group’s threat to the homeland. Brookings >>

The danger of a new nuclear arms race is amplified by the dangerous delusion that smaller weapons are somehow more “usable.” Recent studies have shown that even a very limited nuclear war involving less than 0.5 percent of the world’s nuclear arsenals would cause catastrophic worldwide climate disruption and a global “nuclear famine” that could put up to two billion people at risk. NY Times >>

A nuclear power plant in Germany has been found to be infected with computer viruses, but they appear not to have posed a threat to the facility’s operations because it is isolated from the Internet, the station’s operator said on Tuesday.  The viruses, which include “W32.Ramnit” and “Conficker”, were discovered at Gundremmingen’s B unit in a computer system retrofitted in 2008 with data visualization software associated with equipment for moving nuclear fuel rods, RWE said. Reuters >>

Eliminating weapons of mass destruction in the Middle East is not a new idea—in 1974, Egypt and Iran proposed a joint initiative that led to United Nations General Assembly Resolution 3236, which called for the establishment of a MENWFZ. In 1990, another initiative offered by Egypt led to the zone’s expansion to include all weapons of mass destruction (WMD). Further progress was made at the 1995 Review Conference. Center for Nonproliferation Studies >>

Nuclear Film Does Not Bomb On Broadway

If the creators of the performance piece The Bomb sought to make an impact on their audience at their Broadway debut last weekend, they succeeded: At least three people fainted at the first show. No one was permanently injured, and all recovered, the organizers said. Bulletin of the Atomic Scientists >>

The Significance of an Obama Visit to Hiroshima

Early in his presidency, Barack Obama won the Nobel Peace Prize in part for his advocacy of nuclear disarmament. Now, he is poised to bookend his time in office by becoming the first sitting U.S. leader to visit Hiroshima. U.S. sources told The Nikkei that Obama will visit the site of the world’s first atomic bombing after the Group of Seven summit in May. Asian Review >>

Counting the Dead in the 1906 San Francisco Earthquake

When the 1906 San Francisco earthquake hit, the official death toll was reported to be less than 500. For 50 years, the librarian Gladys Hansen, who is now 88 years old, made it her goal to correct the record and properly count the dead—so much so that she says people think of her as the “death lady.” CityLab >>

Researchers from Washington University in St. Louis recently announced that they discovered a new chemical method to immobilize uranium in contaminated groundwater.  The researchers found that calcium and phosphate work together chemically to immobilize uranium. Uranium, a naturally occurring radioactive element, is also found contaminating groundwater at various sites in the United States as a result of processing and waste disposal activities associated with nuclear materials production since the 1940’s HazMat Management >>

FBI Director James B. Comey has named Matt Gorham as the special agent in charge of the Counterterrorism Division at the Washington Field Office. Mr. Gorham most recently served as the deputy assistant director for the Critical Incident Response Group. FBI.gov >>

In August 2013, a chemical weapons attack in Syria’s capital, Damascus, killed some 1,500 civilians and left two sides – the Syrian government and the rebels opposing President Bashar al-Assad’s regime – blaming each other for the destruction. Within just nine days, that confusion ended when the White House released an intelligence assessment unequivocally linking the Syrian government to the attack, highlighting communications and other intercepts by U.S. spy agencies used to make the assessment. Nextgov >> 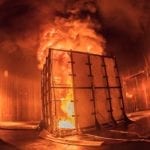