The U.S. Intelligence Advanced Research Projects Activity wants to develop a hand-held, laser-based remote sensor that could detect and identify chemical weapons, explosives, narcotics and potentially even biological agents – all from up to 100 feet away. Nextgov >>

Chemical weapons are particularly indiscriminate and disproportionately affect the young, defenseless, and vulnerable. Their inhuman effects are painful, stealthy, terrorizing, and horrifying. The world relearned these tragic facts in August 2013 when a large chemical weapons attack on the East Ghouta neighborhood of Damascus killed more than 1,300 people — including over 400 children — using the nerve agent Sarin. War on the Rocks >>

How the FBI Stopped a Murder by Ricin Poisoning

A 22 year old Chinese national Cheng Le, living in New York City, was sentenced last month to 16 years in prison for attempting to acquire ricin, postal fraud, and identity theft in relation to a terrorism offense. Le was convicted on August 27, 2015, following a four-day jury trial for attempting to order ricin through the so-called “dark web”. Global Biodefense >>

As Ukraine and Belarus on Tuesday marked the 30th anniversary of the Chernobyl nuclear accident with solemn words and an angry protest, some of the men who were sent to the site in the first chaotic and frightening days were gripped by painful memories. Seattle Times >>

The US is buying 32 metric tons of Iranian heavy water, a key component for one kind of nuclear reactor, to help Iran meet the terms of last year’s landmark nuclear deal under which it agreed to curb its atomic program in exchange for billions of dollars in sanctions relief. The Guardian >>

Unless you work in the petrochemical industry, you have probably never been near the substance called vinyl chloride. It is a chlorinated hydrocarbon that is made when one of the four hydrogen atoms in the compound called ethylene is replaced by a chlorine atom. On the other hand, unless you live in a house whose plumbing is all more than forty or so years old, you probably use products made with vinyl chloride every day. Chem.info >>

As part of NNSA’s commitment to protecting and preserving the nation’s nuclear deterrent, NNSA collaborates with the Department of Defense (DOD) in the Joint Munitions Program (JMP). This year marks more than 30 years of partnership through the JMP to improve and invest in innovative technology in pursuit of mutual long-term national security objectives. NNSA >>

On April 26, 1986, a sudden surge of power during a reactor systems test destroyed Unit 4 of the nuclear power station at Chernobyl, Ukraine, in the former Soviet Union. The accident and the fire that followed released massive amounts of radioactive material into the environment. Today, exactly three decades later, it’s still an event worth recalling. U.S. NRC >>

Mine Clearance Vehicle for Ukraine SSES

The Kremenchug Automobile Plant has built a special heavy mine clearing vehicle for the Ukraine State Service for Emergency Situations (SSES) department in Lugansk. The vehicle is based on the KrAZ-5233ВЕ 4х4 off road chassis with load carrying capacity of up to 2 tonnes. The vehicle will be used for mine clearing on roads, in forests, fields and populated areas in the territories of Donetsk and Lugansk. It will carry equipment, major calibre ammunition and personnel to the IED site. Shephard Media >>

It’s been exactly 30 years since the world’s worst nuclear disaster occurred at the Chernobyl nuclear power station in Ukraine. Yet the trauma is still fresh. Exactly how the survivors handle this trauma has been the subject of a lot of psychological research – and it has identified a range of sometimes surprising defense mechanisms. The Conversation >>

Obama Rejects North Korea’s Nuclear Offer: ‘You’ll Have to Do Better Than That’

Barack Obama said on Sunday that he does not believe North Korea is sincere in its offer to halt nuclear tests if the US suspends military exercises with South Korea, and that Pyongyang would “have to do better than that”. The Guardian >>

Things Lawmakers Should Do Before They Complain About Military Readiness

A common refrain on Capitol Hill in recent months has been the need to increase Pentagon spending to address a readiness crisis caused by inadequate training and equipment. But few members of Congress have been willing to support simple budgetary changes that would help fix things. Defense One >>

Chernobyl, Fukushima, and Preparedness for a “Next One”

Over a single April day in 1986, a little-known place called Chernobyl became infamous. Twenty-five years later, a similar fate befell Japan’s Fukushima Prefecture. In the end, the Fukushima disaster was better contained than Chernobyl, but if an emergency hits another nuclear power facility, it may well do so in an unanticipated way. Bulletin of the Atomic Scientists >>

To foster the effective use of data analytics by public safety organizations, the National Institutes for Standards and Technology has released a roadmap that outlines identifies gaps in current technologies and potential research and development opportunities. GCN >>

The U.S. Intelligence Advanced Research Projects Activity wants to develop a hand-held, laser-based remote sensor that could detect and identify chemical weapons, explosives, narcotics and potentially even biological agents – all from up to 100 feet away. Defense One >>

Intelligence Chief: We Don’t Know If North Korea Has a ‘Boosted Bomb’

The seismic data from the Jan. 6 underground bomb test, which produced a 5.1-magnitude quake, indicates that the yield was about 6 kilotons (possibly 10), in line with a conventional fission device, not a thermonuclear bomb, which can have a yield between 15,000 and 50,000 kilotons. Defense One >>

From Fiction to Forensics: An Inspired Story for National DNA Day

Our group is solely research based, meaning we do not go out to crime scenes to collect evidence or even analyze casework samples. Instead we focus on developing tools to improve DNA analysis that can be utilized in the forensic community to help catch all kinds of criminals. We have had a direct hand in making DNA analysis faster (PDF), identifying markers that can bring more information to the table, and tackling challenging DNA samples such as very small amounts of DNA (low template DNA) and mixed-person profiles (mixture interpretation). NIST Taking Measure >>

The NCAA Final Four Championship game went off without a hitch due in part to the real MVP operating behind the scenes. Passport Systems’ NetS2 SmartShield Networked Radiation Detection Systems played a critical role in the Houston Police Department’s security measures for the championship game held April 4. HS Today >>

Both of these accidents involved evacuation of hundreds of thousands of residents. Both still have people waiting to return to their homes. And both left a legacy of large-scale radioactive contamination of the environment that will persist for years to come, despite ongoing cleanup efforts. So the tendency is to think of these accidents as similar events that happened in different countries, twenty-five years apart. But the IAEA scale isn’t designed to measure public health impact. In terms of health ramifications, these two nuclear accidents were not even in the same league. HSNW >> 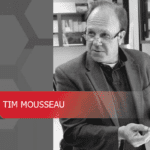