Russian deployed strategic warheads counted by the New START Treaty once again slipped below the U.S. force level, according to the latest fact sheet released by the State Department. The so-called aggregate numbers show that Russia as of March 1, 2015 deployed 1,582 warheads on 515 strategic launchers. Federation of American Scientists >>

Information gathered in response to this RFI will be used to support the Joint Product Director for Diagnostics (JPdM Dx) in strategic planning for development of the Next Generation Diagnostics System Increment 2 (NGDS Inc 2) acquisition strategy. Global Biodefense >>

After the 9/11 terrorist attacks, local governments began talking about a new emergency communications plan that would connect every cop and firefighter in Los Angeles County on one system. But the radio network is still not a reality. For the last six years, officials have weathered delays caused by technological hurdles, contracting issues and shifting requirements from the federal government. Emergency Management >>

“You don’t need massive amounts of force to allow a nuclear plant to go into instability. The plant has enough energy to destroy itself. Drones can be used to tickle the plant into instability.” CBRNe Portal >>

As Iraqi forces, aided by Shiite militiamen, took control Wednesday of the northern city of Tikrit, they found vehicles laden with explosives and buildings that might be booby-trapped. Still, the liberation of Tikrit from the terrorist group, which is also known as ISIL and calls itself the Islamic State, represented a significant victory for the Iraqi government, which had tried — and failed — to retake the city many times before. CNN >>

Bruker today announced that it has received 510(k) clearance from the US Food and Drug Administration for library and methods expansion for the MALDI Biotyper CA System, sold in the U.S. for clinical microbiology. Global Biodefense >>

Federal agencies are having difficulty meeting a government-wide standard that says they’re supposed to determine the cost effectiveness of security enhancements to facilities, congressional investigators said in a recent report. Fierce Homeland Security >>

Congressman Wants to Curb Copycat IT Systems at DHS

The DHS IT Duplication Reduction Act, introduced last week, would require the DHS chief information officer to report to Congress on all IT systems operated by the department’s 22 components, pinpoint the duplicative systems and come up with a strategy for reducing them. Nextgov >>

One must acknowledge that ISIS surprised a large part of the Western community by taking advantage of a power vacuum in Syria, Iraq and Libya within a short amount of time. As of March 2015, ISIS controls a territory stretching out over large parts from north-western Iraq between Bagdad and Mosul to Syria’s Aleppo across the Turkish border. CBRNe Portal >>

A Grimly Fascinating Map of Toxic Spills in Brooklyn

The incidents cover a range of substances—including paints, dry-cleaning chemicals, raw sewage, and a poison rainbow of oil from engines, transmissions, stoves, and hydraulic equipment—and they are absolutely everywhere. CityLab >>

Yemen: A Snapshot from the Global War on Terror

The remaining cadre of American military personnel pulled out of Yemen last week following the evacuation of U.S. Embassy staff in February. Six months earlier, President Obama hailed the U.S.-Yemen partnership as a model worthy of emulation in the fight against the Islamic State. For a decade and a half, America has expended substantial effort in the war on terror, yet the results which followed were often unanticipated and problematic. Pandora Report >>

Roommates Noelle Velentzas, 28, and Asia Siddiqui, 31, were arrested Thursday morning and charged with conspiracy to use a weapon of mass destruction in the United States, according to federal prosecutors. FBI officials say both women, who live in Queens, New York, were radicalized by Islamic State (ISIS) propaganda. HSNW >>

The Experts on the Iranian Framework Agreement

The U.S. Department of Defense (DoD) is conducting market research on manufacturing capabilities for centrally-acting therapeutic scopolamine for intramuscular administration by military Service Members for use as an adjunct in conjunction with the pretreatment pyridostigmine bromide (PB) as well as the oxime/atropine and anticonvulsant therapies. Global Biodefense >>

Former House Select Committee on Intelligence Chair Mike Rogers (R-MI) and others participated in an event on biological and chemical threat preparedness, response, and recovery. “Response and Recovery” was the fourth meeting of the Blue Ribbon Study Panel on Biodefense. C-SPAN >>

This month, the Department of Energy’s National Nuclear Security Administration (NNSA) will measure naturally occurring background radiation levels as part of a radiation assessment that will cover an approximately 25 square mile area near downtown Boston, Mass. to establish baseline levels of radiation as part of a security and emergency preparedness program. HS Today >>

A central Florida company has discovered a way to combat a dangerous biological attack.  Their method is being adopted by the military and it could keep everyday airline passengers health, too. Aeroclave LLC was able to use heat and humidity to decontaminate both inside and the outside of an airplane without damaging sensitive equipment on board.  My FOX Orlando >> 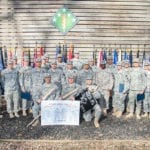 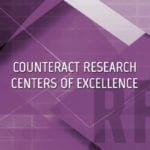