Soldiers from across nation graduate from the inaugural CBRNE Leaders Course at Gunpowder Range, Md., April 2.

The general who commands the nation’s only military formation that combats chemical, biological, radiological, nuclear and explosive (CBRNE) threats said the first CBRNE Leaders Course marked a milestone for the U.S. Army.

Brig. Gen. JB Burton, who leads the more than 5,000 Soldiers and civilians of the 20th CBRNE Command, congratulated the students who graduated from the first run of the CBRNE Leaders Course at Gunpowder Range in Maryland on April 2.

Soldiers from across the nation participated in the inaugural course at this Maryland Army National Guard facility north of Baltimore. The Soldiers in the course ranged in rank from sergeant to first lieutenant.

Headquartered in Maryland’s science, technology and security corridor, 20th CBRNE is home to 85 percent of the Active U.S. Army’s CBRNE capabilities, including two Explosive Ordnance Disposal groups, one chemical brigade, a CBRNE Analytical and Remediation Activity and a host of other specialized units.

Based on 19 posts in 16 states, 20th CBRNE troops train and operate with joint, interagency and allied partners around the globe.

According to Burton, the 20th CBRNE Command intends to offer the course Army-wide to Soldiers in all occupational specialties, as well as to joint and allied CBRNE troops.

Burton said the course gave his Soldiers a greater understanding of the kinds of threats they might confront on the modern battlefield.

“Good leaders are what make good units,” said Burton. “This course was designed to build adaptable Army leaders who understand each other’s capabilities, who trust in each other and who because of that level of trust and understanding can build and deliver effective CBRNE teams that win.”

The 20th CBRNE commanding general said the CBRNE Leaders Course is part of his command’s mission-focused training strategy, including the incorporating 20th CBRNE units into combat training center rotations at Fort Irwin, California, and Fort Polk, Louisiana, and training with allies in exercises around the globe.

Burton said the course benefited from the decades of combined operational experience of the training cadre and capitalized on the lessons learned from 14 years of war in Iraq and Afghanistan.

The general added that the course was designed to prepare Army leaders for the future threats they might confront.

According to Burton, the course was the result of months of planning aimed toward one objective: building winning CBRNE teams that can rapidly and effectively integrate with other combats forces.

“Like our one-of-a-kind command and its global mission, this course has also focused on expeditionary operations — of being ready to deploy and succeed anytime and anywhere,” said Burton, a native of Tullahoma, Tennessee. 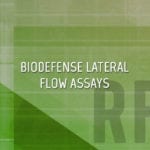