Although the US established the Chemical Facility Anti-Terrorism Standards (CFATS) over a decade ago, CFATS has struggled with a laundry list of significant challenges—including backlogs, mismanagement, and missed goals—hindering the program’s mission to protect the nation against chemical terrorism. HS Today >>

In March, while world leaders were scrambling to salvage the Iranian nuclear negotiations in Lausanne, Saudi Arabia signed a $2 billion deal with South Korea to investigate the joint construction of two nuclear reactors over the next 20 years. Many pundits reacted to the news with suspicion. Bulletin of the Atomic Scientists >>

Nine years after Hurricane Katrina separated thousands of children from families, American parents remain deeply skeptical of U.S. preparedness. Three in four parents believe the government is not very prepared to protect their children should disaster strike.  The average parent spent only one hour on    disaster supplies and emergency plans this year, and many invested no time at all. Save the Children >>

More than 2,700 chemical facilities may be misreporting the threat posed to an area from the release of a hazardous chemical, the Government Accountability Office said in a new report assessing the Homeland Security Department’s program assessing such security risks. Fierce Homeland Security >>

The Lessons Learned Information Sharing program team identified common themes from whole community after-action reports and presents them in a trend analysis for emergency managers to consider when developing plans and exercises. For this analysis, the FEMA team analyzed 25 after-action reports. FEMA >>

Was the Effort to Remove Syria’s Chemical Weapons a Failure?

The CIA believes that Syria may have kept some of its chemical weapons after all, unnamed US officials told Wall Street Journal. That would overturn the CIA’s earlier conclusion that the US-negotiated international effort in 2013 had succeeded in removing Syria’s entire chemical arsenal. Vox >>

Inspectors tasked with ridding Syria of its chemical weapons were surprised to discover that many of the production facilities were hidden in plain sight, including aboard 18-wheeler trucks disguised as moving vans. Business Insider >>

More than 2,700 chemical facilities may be misreporting the threat posed to an area from the release of a hazardous chemical, the Government Accountability Office said in a new report assessing the Homeland Security Department’s program assessing such security risks. Fierce Homeland Security >>

A Navy employee allegedly snapped photos of secret components in a nuclear submarine that adversaries could use to overpower the United States, court filings show. But the newly unsealed papers contain no indication Kristian Saucier, 28, was acting out a script of the FX series “The Americans,” in which KGB spy families pose as U.S. citizens in the Washington suburbs. Nextgov >>

The National Institutes of Health (NIH) and the Centers for Disease Control and Prevention (CDC) are soliciting research and development proposals from small businesses to support innovations that will contribute to improved health security. Global Biodefense >>

You May Be a Hazmat First Responder When…

Road trip games involve FOG guides and the ERG. When on the beach a pelican has a completely different meaning to you. You are annoyed when national news refers to Cl as not being a chemical weapon. Hazmat Nation >>

‘The Bomb’ Helps Return Nukes to the TV Spotlight

Somewhere along the line nuclear weapons became the Rodney Dangerfield of global threats. Sure, there’s the current kerfuffle over Iran’s nuclear program, but American schoolchildren aren’t exactly diving under their desks about it. Al Qaeda and the Islamic State and climate change and hackers are what give us the jitters. Build a bomb shelter in this century and you end up on “Doomsday Preppers,” coming off as a bit kooky. NY Times >>

Breaking Down the Risk of Nuclear Deterrence Failure

The Road Ahead: The Constant Threat of the Roadside Bomb

Antipersonnel and territory-denial devices utilizing clandestine or improvised techniques have been utilized in asymmetric and guerilla warfare since the beginning of conflicts and war. During World War I, the systematic use of IEDs and booby traps to effect casualties during the retreat of German troops at the Somme region was a well-used tactic. Another early example of coordinated large-scale use of IEDs was the Belarusian Rail War, launched by Belarusian guerillas against the Germans in World War II. Both command-detonated and delayed-fuse IEDs were used to derail thousands of German trains during 1943-1944. CBRNe Portal >>

There are more and more reports coming out of the Middle East of both Syria and IS using improvised chemical munitions. These devices have generally used industrial chemicals (typically chlorine gas) rather than military grade chemical munitions (chlorine was used as the original chemical weapon, but it has long ceased to be considered an effective military grade chemical weapon). Chemical Facility Security News >>

Geologists from the USGS Earthquake Science Center office at the University of Washington dismiss recent report as either overly dramatic or just flat-out wrong, and the suggestion the region isn’t preparing for the possible disaster. Emergency Management >> 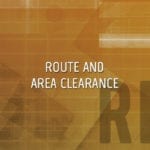 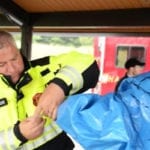