Topics in this issue include rapid identification of suspicious substances, robots for CBRN response, ground-based nuclear deterrence, and chemical weapons use in Syria.

A new company — Validere — will commercialize sensing technology invented at Harvard University that can perform instant, in-field characterization of the chemical make-up and material properties of unknown liquids. Validere aims to develop the licensed technology, called Watermark Ink (W-INK), into a pocket-sized device that could be used by first responders to quickly identify chemical spills, or by officials to verify the fuel grade of gasoline right at the pump. HSNW >>

On the Anniversary of Hiroshima, This Graphic Reveals the Power of US Nuclear Bombs

On the morning of August 6, 1945, a lone B-29 bomber dropped a single atomic bomb on the city of Hiroshima in Japan. Soldiers had nicknamed the weapon “Little Boy.” It’s estimated that 70,000 people died from the initial blast of the uranium bomb, and that the five-year death toll likely climbed over 200,000, due to the lasting health effects of the massive dose of radiation that survivors received. Business Insider >>

America’s nuclear deterrent is considered foundational to the nation’s defense, and the 1970’s-vintage Minuteman III fleet of 450 missiles, spread across silos in five states and three sprawling bases, is its cornerstone. That foundation, however, is crumbling. Defense officials warn that the Minuteman is long overdue for replacement, especially since Russia—even as its conventional forces saw ups and down over the last 25 years—has never stopped modernizing its strategic forces. Air Force Magazine >>

Chemical Weapons Use Returns to Syria

The intertwined conflicts in Syria and Iraq continue to horrify.  The Syrian Commission of Inquiry recently concluded that genocide against the Yezidi is “ongoing” and called for greater protective measures from the international community. War crimes and crimes against humanity continue apace throughout the conflict in Syria, with Aleppo still under an intense siege (see my earlier coverage here).  And now, three years after the international community attempted to rid Syria of the Assad regime’s chemical weapons, the threat of poison weapons remains, as evidenced by last week’s reports of a deadly toxin attack in northern Syria likely involving chlorine gas dropped by helicopter. Just Security >>

How to Keep an Atomic Bomb from Being Smuggled Into New York City?

Courage, Resistance, and Existential Peril in the Nuclear Age: This is a strangely captivating book — dark and utterly frightening, despite or perhaps because of the author’s dispassionate tone. Dan Zak, a versatile reporter for The Washington Post, has written an engaging story about three dogged peace activists — a house painter, a radicalized Vietnam War veteran and an 82-year-old Catholic nun — who in July 2012 blithely penetrated layers of security surrounding Y-12, an immense factory in Oak Ridge, Tenn., devoted to manufacturing highly enriched uranium for nuclear weapons. NY Times >>

UN Hears Details of Bombings, Chemical Weapons Use, and Suffering in Aleppo, Syria

Experts painted a graphic portrait of barrel bombings, attacks on medical facilities, chemical weapons use and the ongoing suffering inside the besieged Syrian city of Aleppo, shaming the international community for its inaction at an informal Security Council meeting Monday organized by the United States. Business Insider >>

Two World Wars and years of munitions dumping have left a legacy of unexploded ordnance (UXO) on the seabed in Europe and North America, posing a significant threat to the developers of marine energy projects. Although many munitions, ranging from unexploded bombs to sea mines and torpedoes, are buried beneath the surface, they often become exposed as a result of the ever-changing seabed architecture. UXO presents a threat to any intrusive activity taking place on the seabed, including geotechnical investigation, drilling, pipelaying and cablelaying and foundation installation. Offshore Wind >>

In the recent past there have been several pipeline and rail car incidents involving flammable liquids in municipalities in North America. These incidents often involve a complex interaction with municipal authorities, the fire service as the first responders, and industry personnel. NFPA >>

On Nov. 27, 1944, 4,000 tons of bombs went off at RAF Fauld, a munitions facility in the English countryside near Hanbury, Burton. The explosion was so great that it caused a mushroom cloud and could be felt as far as Morocco. Gizmodo >>

Members of the Cambodian Mine Action Center’s (CMAC) Salvage Dive Unit recovered a U.S.-made MK-82 aircraft bomb from a flooded rock quarry in Kompong Speu province, according to the Golden West Humanitarian Foundation, which trained the divers. Cambodia Daily >>

What Would Reagan Do? Republicans and the Iran Nuclear Deal

As someone who worked under President Ronald Reagan as an assistant secretary of defense—and as someone who witnessed firsthand Reagan’s evolution on the efficacy of arms control efforts—watching the unremitting hostility of so many Republican officials toward the Iran nuclear agreement has been nothing short of a remarkable experience. Bulletin of the Atomic Scientists >>

A man in Koh Kong province was severely injured on Monday after stepping on a landmine in a stretch of undemarcated borderland between Cambodia and Thailand, a military official with Border Unit 303 confirmed. The victim, Sok Pek, 37, is from Koh Kong province’s Mondul Seima district, said Teab To, deputy commander of Border Unit 303. Phnom Penh Post >>

How Safe Are US Nuclear Weapons in Turkey?

U.S. B61 nuclear bombs are equipped with “permissive action links” or PALs, which prevent arming and using the weapon without an authorization code. They are kept on special racks, inside secure underground vaults, inside protected aircraft shelters, inside a heavily guarded area, surrounded by two layers of fencing, lighting, cameras and intrusion detection devices, on protected airbases. Voice of America >>

Attention, startups creating the next smartwatch or heart-rate sensing fabric: The Homeland Security Department wants your products. DHS on Monday opened applications for the second round of its federally focused tech “accelerator,” in search of wearable devices that can be customized for first responders. Nextgov >>

The Washington Post reports that “President Obama has decided to seek a new United Nations Security Council resolution that would call for an end to nuclear testing.” Going to the Security Council could represent a deliberate effort to bypass the Senate, which rejected the Comprehensive Nuclear Test Ban Treaty (CTBT) in 1999. Foreign Policy Initiative >>

A Boiling Liquid Expanding Vapor Explosion (BLEVE) can occur if a propane, liquefied petroleum gas (LPG) or a natural gas tank is heated such as when engulfed in a fire, causing buildup of vapor pressure within the tank which overwhelms the ability of safety valves to allow the pressure buildup to escape. HS Today >>

While South Korea says the Terminal High Altitude Area Defense system made by Lockheed Martin Corp. would be aimed at prickly neighbor North Korea, which has been busy of late test-firing missiles, China has reacted angrily, saying the shield could be applied to it. Russia has also opposed it being stationed in Asia. Bloomberg >>

If one were to passively reflect upon the seemingly limitless explosive power to instantly destroy, vaporize or incinerate cities, countries and massive swaths of territory or people — images of quiet, flowing green meadows, peaceful celebratory gatherings or melodious sounds of chirping birds might not immediately come to mind. The National Interest >> 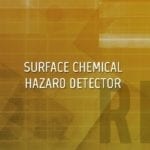