Topics in this issue include joint nuclear weapon drills with Japan; next generation 911; CBRN robotics; Americans joining ISIS and more.

Reactor Operators: What it Takes to Do This Important Job

Congress Likely to Back War Chest to Fight ISIS

Congress will likely pass the White House’s separate war-funding request to battle Islamic militants in Iraq and Syria despite some lawmakers’ concerns over strategy, an analyst said. The Obama administration requested $5.6 billion to conduct military operations against the extremist group known as the Islamic State in Iraq and Syria. Most of the money would go to the Defense Department. DoD Buzz >>

Four Texas workers died and a fifth was hospitalized Saturday morning after a hazardous gas leak at a DuPont chemical plant east of Houston. The workers were overcome during a response to a gas leak, reported to be methyl mercaptan. A team from the U.S. Chemical Safety Board will investigate the incident. NY Times >>

Balkan militaries are increasingly conducting joint training to better deal with insurgents and extremist organizations such as the Islamic State of Iraq and the Levant (ISIL). The Centre for Training and Peace Operations in Sarajevo ties in regional militaries’ efforts to address security threats and advance tactics in anti-insurgent operations. SETimes.com >>

WHO Plans to Speed Development of Ebola Rapid Test

Quicker and simpler diagnostic tests for Ebola could go a long way in helping break chains of disease transmission in West Africa’s outbreak region, the WHO said today, as it unveiled two new initiatives to expedite their development. The efforts, similar to those under way to test and deliver an Ebola vaccine, will hopefully compress the development of a rapid test in months instead of years. CIDRAP >>

Terrorism in 2013 was dominated by four organizations: ISIS, Boko Haram, al Qaeda, and the Taliban — collectively responsible for 66 percent of all fatalities from terrorism. More than 80 percent of the deaths from terrorist incidents in 2013 were recorded in just five countries: Iraq, Afghanistan, Pakistan, Nigeria, and Syria. HSNW >>

Hard, physical data always beats a predictive model. But a full area recon takes a lot of soldiers, a lot of time, a lot of equipment, and exposes them to CBRN hazards. Robotic systems could be dispatched to do area recons and reduce the number of soldiers involved, the amount of equipment exposed, and conduct the task in less time. Cisero Magazine >>

Next-Generation 911 Is a Game-Changer

Next-generation 911 (NG911) arguably is the most important technological advancement in public safety communications since mobile radios first were implemented in emergency response vehicles nearly a century ago. The implementation of NG911 technology will require a wholesale change in the way that emergency calls are processed and administered. Emergency Management >>

US Report: China’s Nukes Getting Bigger and Better

The report, issued Nov. 19, by the US China Economic and Security Review Commission, states China will pose a threat to all US military forces, bases and assets in the Western Pacific within the next 10 years. Beijing also calculates its space warfare capabilities will enhance its strategic deterrent as well as allow China to coerce the US and others “into not interfering with China militarily.” Defense News >>

North Korea has threatened to conduct a nuclear test in response to a United Nations move towards a probe into the country’s human rights violations. Its foreign ministry on Thursday accused the United States of orchestrating a recent UN resolution calling for the investigation. North Korea previously conducted nuclear tests in 2006, 2009 and 2013. BBC News >>

Only about 100 Americans have left their homeland to join jihadist terrorist groups fighting in Syria and Iraq, including the Islamic State, according to a new RAND Corporation analysis. Although it is difficult to pin down the exact numbers, U.S. counterterrorism officials believe that those fighters pose a clear and present danger to American security. HSNW >> 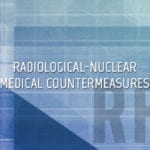 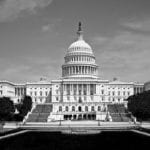