Topics in this issue include the end of Japan’s nuclear shutdown, C-IED laboratory contracts, disaster shelters, and bio-decontamination systems.

Twenty-nine of the nation’s top scientists — including Nobel laureates, veteran makers of nuclear arms and former White House science advisers — wrote to President Obama on Saturday in support of the Iran deal, calling it innovative and stringent. NY Times >>

Carnegie’s James Acton talks to Al Jazeera and provides his insight on the rebooting of the nuclear plan. Acton said the new Japanese regulator “has done a very good job tightening Japan’s regulatory system and insuring that this reactor is ready to be re-started.” Carnegie Endowment >>

Indra has received a framework contract from the European Defence Agency to develop new forensic analysis laboratories for analysis of counter-improvised explosive devices (C-IED) used in terrorist attacks. Led by the Dutch Ministry of Defence, the joint deployable exploitation and analysis laboratory (JDEAL) project initially covers the design and supply of a first laboratory for €2.2m ($3.4M USD) and an option to buy a second. Army-Technology >>

Statistical models are playing an increasingly important role in risk analysis and helping the United States and other countries around the globe mitigate the effects of natural and man-made disasters. While statistical models can provide insight into risks, the field is experiencing a sea change brought on by new advances in technology and data collection, including Big Data and the Internet of Things (IoT). Medical News Today >>

Detection of Fuel Release in a Nuclear Accident

Although actinides are the most informative elements with respect to the nature of a nuclear accident, plutonium analysis is complicated by the background created by fallout from atmospheric nuclear explosions. Analytical Chemistry >>

Seventy years after the United States launched the atomic age with attacks on Hiroshima and Nagasaki, hastening the end of the war in the Pacific, The New York Times asked readers how they viewed the decision by President Harry S. Truman. NY Times >>

A series of tests to demonstrate that the containment building, which houses the reactor primary circuit, is leak-tight and pressure-resistant were completed on 6 August, China National Nuclear Corporation (CNNC) announced today. World Nuclear News >>

In 1963 the U.K. Ministry of Defense’s Porton Down military science center carried out the first of a series of tests to release zinc cadmium sulphide in the atmosphere over Norwich. It was one of many examples of secret experiments conducted in the name of military research during the 1950s and 1960s, now chronicled for the first time in a new book by University of Kent historian Professor Ulf Schmidt. HSNW >>

The US Nuclear Regulatory Commission is initiating work on development of new emergency preparedness (EP) regulations for small modular reactors and other new technologies such as non-light-water reactors and medical isotope production facilities. World Nuclear News >>

Russia wants its future aircraft carrier to be nuclear-powered, according to a report by the state-run TASS news agency. While there is no funding to actually begin work on the carrier, the bureau’s chief executive officer, Sergey Vlasov, said officials are researching two possible projects: a nuclear-powered ship with a nuclear-powered ship capable of carrying 70 aircraft on board; and a non-nuclear aircraft carrier capable of carrying 50–55 aircraft, according to the article. The vessel might be completed before 2030. Defense Tech >>

U.S. and Russia to Back U.N. Vote on Chemical Attacks in Syria

According to a draft of the resolution, a joint investigative panel of the O.P.C.W. and the United Nations would be established to identify “individuals, entities, groups or governments who were perpetrators, organizers, sponsors or otherwise involved in the use of chemicals as weapons, including chlorine or any other toxic chemical” in Syria. NY Times >>

A team of Notre Dame engineers had a goal: design a shelter that could be quickly deployed in the field, but also reduce fuel consumption in heating and cooling. The team drew inspiration from origami, the ancient art of folding paper into amazing creations. HSNW >> 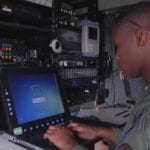 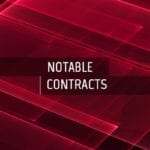