A partial settlement has been reached in the 2013 explosion at a West, Texas, fertilizer plant that tore apart a section of the city, killed 15 people, including 12 firefighters, and caused an estimated $100 million in damages. Reuters >>

A clot-busting drug that already has been approved for use in treating strokes and heart attacks could find a new use as a lifesaving treatment for inhaled sulfur mustard. Global Biodefense >>

The military is taking seriously the idea of drones, even small ones, not just delivering weapons but being used as weapons themselves. Army engineers working at Yuma Proving Ground, Ariz., have demonstrated their ability to shoot down incoming unmanned aerial systems, adapting a system being developed to counter rockets, artillery and mortars to include UAS among its targets. Defense Systems >>

Two devastating explosions struck Saturday morning in the heart of Ankara, the Turkish capital, killing at least 95 people who had gathered for a peace rally and heightening tensions just three weeks before snap parliament. NY Times >>

“We need budget stability. We need a reasonable five-year defense plan that the Army and its industry partners can trust, without gimmicks and without fear of sequestration. It is absurd that our national security apparatus is guided by such a dysfunctional and potentially disastrous budgetary process.” Defense One >>

Since 9/11, screening passengers for traces of explosives has become a de facto part of aviation in the USA and beyond. With new EU regulations now in force, CBNW Xplosive talks to Dr. Norbert Kloepper of Bruker Daltonik GmbH about their new detectors due to enter service in September 2015. CBRNe Portal >>

Video: Q&A session with Tristan Volpe, a Stanton Nuclear Security Fellow and an associate in the Nuclear Policy Program at the Carnegie Endowment for International Peace, where his research focuses on the use of nuclear technology as a bargaining chip in world politics. Center for Nonproliferation Studies >>

New Zealand police said on Tuesday they had arrested a 60-year-old businessman suspected of threatening to contaminate infant formula in New Zealand, the world’s largest dairy exporter, and charged the man with two counts of criminal blackmail. Reuters >>

The lawsuit contends the veterans they were exposed to toxic fumes when a Houston-based corporation improperly burned waste during the war in Iraq. The suit states the company failed to take necessary safety precautions when incinerating waste that included chemicals, in burn pits. Military Times >>

A scientific study has for the first time demonstrated that, regardless of potential radiation effects on individual animals, the Chernobyl exclusion zone supports an abundant mammal community after nearly three decades of chronic radiation exposures. World Nuclear News >>

The Henry M. Jackson Foundation for the Advancement of Military Medicine, Bethesda, Maryland, was awarded a cost-plus-fixed-fee contract for advanced development of gamma-tocotrienol as a radiation countermeasure. Global Biodefense >>

The UK government is deciding whether to re-use or dispose of the world’s largest stockpile of used civil plutonium stocks, located at the Sellafield reprocessing and waste facility in Northwest England. The U.K.’s specific plutonium stockpile challenge has presented developers with specific opportunities to deploy third and fourth reactor technologies, overseen by a government which has firmly backed the widespread construction of new nuclear capacity. Nuclear Energy Insider >>

North Korea on Saturday showed off what it said were long-range ballistic missiles carrying miniaturized nuclear warheads, its latest claim to the sophisticated technology, but analysts remain divided over whether Pyongyang had mastered the process. The Japan Times >>

There is “concrete evidence” linking Saturday’s twin blasts at an Ankara peace rally — the bloodiest terrorist attack in the country’s history, claiming around 100 lives — to the Islamic State of Iraq and Syria, Turkish authorities have told the Guardian. Time >>

Military researchers are putting the final touches on a study of a “skin substitute” grown from a patient’s own cells to treat complex burns and soft tissue injuries. The new research study underway at the U.S. Army Institute of Surgical Research in San Antonio holds promise for treating burn patients, including those with severe, life-threatening wounds. Military Times >>

Iran tested a new guided long-range ballistic missile on Sunday, hours before Parliament, in a rowdy session, approved the generalities of the nuclear agreement reached in July between Iran and world powers, the state news agency IRNA reported. NY Times >> 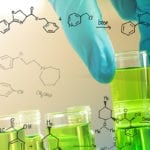