No vaccines or drugs are available yet to protect people worldwide against Ebola Virus Disease, but two potential vaccines are in human safety testing, and scientists at the U.S. Army Medical Research Institute of Infectious Diseases (USAMRIID) were a critical part of their development.

Dr. John M. Dye Jr., chief in USAMRIID’s Viral Immunology Branch, said dozens of vaccine candidates are being created worldwide, “especially with this outbreak, and all of them have to go through an FDA regulatory pathway.” USAMRIID is taking the most advanced vaccines forward as quickly as possible, to try to stem the Ebola outbreak, he added.

Dye, who has worked at USAMRIID for a decade, said that over the past 10 years, scientists there have made great advances in vaccines and therapeutics.

“The vaccines we’ve been working with here all express one particular protein of the virus, and many of these vaccines have been shown to be 100 percent [effective] in nonhuman primates, or monkey studies,” the viral immunology branch chief said.

USAMRIID has worked with the two Ebola vaccines now in clinical trials at the National Institutes of Health and the Walter Reed Army Institute of Research, and many others over the years, he added.

“Pretty much every vaccine that is currently being assessed for FDA approval has been through USAMRIID at one point or another,” Dye said.

Most of the vaccine candidates target Ebola Zaire, one of five species of Ebola virus, and the one that’s now causing the West Africa outbreaks.

Other species, according to the Centers for Disease Control and Prevention, include Sudan virus, Tai Forest virus and Bundibugyo virus. The fifth, Reston virus, has caused disease in monkeys, but not in people.

In their medical countermeasures work, USAMRIID scientists already had created a trivalent vaccine — one that contains three components. They are Ebola Zaire, Sudan virus and Marburg virus — another highly lethal virus that’s in the same filovirus group as Ebola.

The trivalent vaccine is still going forward, Dye said, but a vaccine for Ebola Zaire was spun off in a separate program, “where they’re taking just the Zaire forward and then we’re continuing work on the trivalent cocktail — Zaire, Sudan and Marburg — with the idea that eventually we’re going to have to cover all those bases.”

The problem, he added, is that each component in the trivalent vaccine has to go through its own set of clinical trials and FDA approvals for use in people, and that takes time.

“This outbreak is [Ebola] Zaire and, honestly, we were lucky it was Zaire,” Dye said, “because we have the most information and the most therapeutic options and the most vaccine work for Zaire. It’s the one we’ve been working on the longest.”

One vaccine candidate in clinical trials is based on recombinant, or genetically engineered, virus from an animal disease called vesicular stomatitis. An Ebola virus protein is modified into a vesicular stomatitis virus, and that virus acts as a vector, or carrier, to deliver the Ebola protein into the human body. The vaccine is called VSV-EBOV.

Human testing to evaluate safety of VSV-EBOV is underway at the National Institutes of Health Clinical Center in Bethesda, Maryland. Researchers at the National Institute of Allergy and Infectious Diseases, or NIAID, are conducting an early phase trial to evaluate the VSV-ZEBOV candidate for safety and its ability to generate an immune system response in healthy adults who receive two intramuscular doses.

At the same time, the Walter Reed Army Institute of Research is testing the vaccine candidate as a single dose at its Clinical Trials Center in Silver Spring, Maryland, NIH officials said.

In early stage clinical trials, again designed to assess vaccine safety and immune response, the National Institute of Allergy and Infectious Diseases, part of NIH, will test two versions of the NIAID/GlaxoSmithKline vaccine. One is a bivalent, or two-component, version containing genetic material from Ebola Zaire and Ebola Sudan. The other is a monovalent, or single-component, version that contains only genetic material from Ebola Zaire.

It’s important for USAMRIID to keep working on vaccines for all the filoviruses, Dye said, “because we don’t know what the next outbreak is going to be, but it’s important to realize that just because we have a response against Zaire doesn’t mean we’ve covered everything that we need to.”

Dr. Travis K. Warren, principal investigator in the Division of Molecular and Translational Sciences, said, “the response we’re generating for Ebola virus is also going to contribute to the efforts for Marburg virus, Sudan virus [and] for these broad-spectrum viruses, because we will begin to develop the drug product, the supply of the drug product and the safety information that will be applicable to many different programs.” 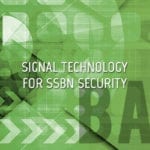 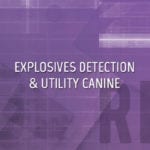