Active Army, Reserve and National Guard units started to receive the Chemical Agent Disclosure Spray and the Contamination Indicator/Decontamination Assurance System, known as CIDAS. The Army is fielding it to all units in areas where there is a threat of chemical agents.

The Chemical Agent Disclosure Spray, purchased by FLIR Systems, Inc., has transitioned into the CIDAS Program of Record within the Joint Program Executive Office for CBRN Defense. The research, which began 20 years ago with a business first spun out of the University of Pittsburgh and later acquired by FLIR, as part of a Small Business Technology Transfer contract managed by the Army Research Office.

The Army funded the basic research behind this technology at the University of Pittsburgh led by Dr. Alan Russell. Russell worked to identify ways to incorporate enzymes into polymers that would be stabilized for use outside the cell and then ultimately used in realistic battlefield environments.

Typically enzymes are not stable outside the living organism, but Russell’s fundamental polymer and enzyme chemistry research identified a way to maintain high activity of the enzymes for sensing chemicals in realistic battlefield conditions. He then started a small business based on those findings, which FLIR purchased.

“Our ability to respond to chemical warfare is a national security challenge that is vital to protecting both civilian and military lives,” said Dr. Stephen Lee, senior scientist at the ARO. “This technology is highly sensitive, providing accurate results on only trace amounts of material, even at concentrations below levels that represent an immediate danger to life and health.”

The new technology uses enzymes (complex proteins naturally produced by living organisms that act as a catalyst for specific biochemical reactions) to drive rapid, color-based reactions with chemical warfare agents. Once applied to a surface as a liquid solution, a vivid color change indicates the exact location of contamination by a specific chemical warfare agent.

Because the underlying chemistry uses enzymes to drive specific biochemical reactions, the technology is highly resistant to potential forms of chemical and environmental interference that might be problematic for conventional detection equipment.

The product’s sensitivity also provides the ability to determine whether decontamination was effective.

Products previously available for the detection of nerve and blister chemical agents range from simple units that use colorimetric techniques, wherein the presence of a chemical substance is indicated by a specific color change, to more complex systems that use special equipment.

Unfortunately, most colorimetric-based products such as paper detection products or gas detection tubes, can be highly susceptible to chemical interference, which can result in false positive and false negative results, as well as poor sensitivity.

“Through the Army’s Small Business Technology Transfer program, a small business has changed our nation’s ability to respond to chemical attacks,” Lee said. “The Army is taking advantage of the latest breakthroughs in synthetic biology to field new capability and protect national security. Without that program, we’d never have the ability to field this capability.”

The STTR program funds research and technology development with small businesses working in partnership with research institutions, most often colleges or universities. In contrast to the basic research programs managed by ARO, the STTR program focuses primarily on feasibility studies leading to prototype demonstration of technology for specific applications.

JPEO-CBRND, the DOD entity that manages the nation’s investments in chemical, biological, radiological and nuclear defense equipment, adopted the technology as part of the Domestic Response Capability Kit.

The kit packages the chemical components into a simple, pen-like construct, an easy-to-use point-and-touch detection as well as a spray-based formulation of the same technology. The kits have been fielded to all 57 Army National Guard Weapons of Mass Destruction Civil Support Teams across the country.

Now, National Guard units throughout every state maintain the capability to provide for detection, personal protection, decontamination and medical monitoring against chemical agents.

This award initiates the full-rate production phase to field the product to units throughout the Army.

Shipments are expected to begin in the fourth quarter of 2020. 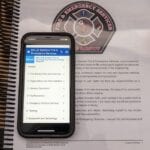 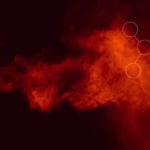