The U.S. Department of Energy’s (DOE) Argonne National Laboratory will work with three of the world’s leading nuclear products and services companies on projects that could unlock the potential of advanced nuclear reactor designs, helping create a new generation of safer, more efficient reactors.

Argonne scientists have been at the forefront of nuclear reactor technology since the lab’s founding in 1946 as the home of the world’s first reactors. Groundbreaking research performed at the lab over the following decades led to the creation of the current generation of American nuclear reactors.

Argonne scientists and engineers are working with industry and other national labs to provide the technical basis for extending the lifespan of existing reactors. The lab is also heavily involved in research that will enable the next generation of advanced reactors.

“The fact that Argonne is partnering with private industry on three of the five projects selected for funding by DOE says volumes about the quality of work being performed at the lab,” said Dr. Mark T. Peters, associate laboratory director for Energy and Global Security. “The challenge of creating the next generation of reactors has energized our staff, and they are doing exciting work of great value to our nation.”

The five industry-led projects will receive $13 million in cost-share agreements to help address significant technical challenges to the design, construction and operation of next generation nuclear reactors, based on needs identified by industry designers and technical experts. DOE created the program in 2013.

GE Hitachi (GEH) is partnering with Argonne to develop an updated safety assessment of the company’s PRISM sodium-cooled fast reactor.

Westinghouse is partnering with Argonne and the University of Pittsburgh to develop thermo-acoustic sensors for sodium-cooled fast reactors.

The awards are part of the Obama Administration’s all-of-the above energy approach and Climate Action Plan. Funding for the awards is provided by the DOE Office of Nuclear Energy. 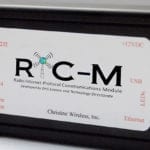 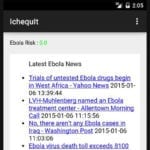