The May 3, 2019 explosion at AB Specialty Silicones in Waukegan, which killed four workers and severely injured another, should not have happened, federal officials said Dec. 18.

The U.S. Chemical Safety and Hazard Investigation Board (CSB) investigation revealed that there were no flammable gas or hydrogen detectors in the plant.

The explosion and fire occurred at approximately 9:30 p.m. in the industrial suburb of Chicago, IL. Waukegan Fire Department responded to the scene, engines began to arrive at 9:43 p.m. A Unified Command was established. Mutual Aid from surrounding areas responded and provided support. Hazardous Materials and Special Technical Rescue also responded. The fire was mostly extinguished by 3:30 a.m. on May 4, 2019.

Four other workers were evaluated at the hospital and released—one operator suffered more extensive injuries. The efforts to recover all the workers from the explosion area took four days, requiring debris, equipment, and structures to be moved under the direction of the Lake County Coroner. Four workers were fatally injured as a result of the incident.

Several local and federal agencies have either investigated cause or evaluated the incident’s impacts. The Illinois Environmental Protection Agency (IEPA) referred an enforcement action to Illinois’s Attorney General for alleged releases to the air and surface water.

On May 30, 2019, Attorney General Kwame Raoul and Lake County’s State Attorney Michael G. Nerheim filed a complaint that alleged the explosion at AB Specialty “resulted in an unknown amount of chemicals being released into the air, causing air pollution and threatening land and water near the facility. Additionally, the complaint alleges that contaminants released by the explosion and water used to extinguish the fire allowed chemicals to seep into storm sewers, contaminating a wetland and Osprey Lake, located approximately one mile away from the plant. AB Specialty entered into a consent decree with the IEPA.

In addition to the CSB, OSHA and EPA responded to the incident at AB Specialty. The EPA (Region 5) provided an on-scene coordinator for clean-up efforts at the site and surrounding areas to direct and monitor response actions for releases or threats of releases of hazardous substances and contaminants. 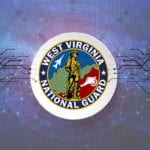 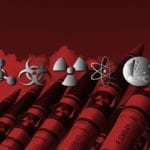