Archive photo of heavy equipment transporter team moving across the strategically important Suwalki Gap in Poland, the gateway to the Baltic countries.

Is Russia now led by someone who would contemplate using nuclear weapons without any great concern? Over Ukraine, Vladimir Putin has dropped some pretty big hints that he is prepared to cross that strategic Rubicon.

Just days before the invasion of Ukraine, Russia and its ally Belarus engaged in nuclear exercises. In announcing the invasion itself, Putin pointedly referred to Russia’s standing as “one of the most powerful nuclear powers in the world”. The Russian president seemed to reserve the nuclear option as a response to a “direct attack on our country”.

But he warned ominously that those who try “to hinder us” in Ukraine could face “consequences greater than any you have faced in history”. Russia, it was feared, might also take preemptive measures. In his broadcast to the Russian people on February 21, Putin also suggested – falsely – that the Ukrainian leadership was seeking to obtain its own nuclear arms.

Anxieties over Putin’s intentions were raised further shortly after Russia’s invasion was launched. Russia’s nuclear forces, Putin declared on February 27, had been placed on high alert.

This, the Russian president claimed, was a response to “aggressive statements against our country” by “senior officials of leading Nato countries”. Speculation on that occasion focused on how the Russian leadership had become spooked by the severity of economic sanctions and slow progress on the battlefield.

Was Putin’s order a “distraction”, as described by Ben Wallace the UK defence secretary? Or was it, more worryingly, indicative of the actions Putin might resort to if he was staring defeat in the face?

Part of the answer to these questions lies in Russian military strategy. Known positions allow us to make certain assumptions about how Russia might use nuclear weapons. In this light, it is useful to differentiate between strategic and sub-strategic (tactical-operational) nuclear weapons.

Strategic nuclear weapons fulfil two major roles. First, they act as a deterrent, as the ultimate guarantee of survival in the face of an existential threat to the Russian state, including a decapitating strike by another nuclear power.

Second, this category of weapon helps Moscow wage war under favourable conditions. The mere threat of using strategic nuclear capabilities provides a powerful tool to keep unwanted parties out of a conflict, so allowing Russia to pursue active military operations by other means.

Sub-strategic nuclear weapons, meanwhile, have played a changing role in Russian military doctrine. During the 1990s and early 2000s, these capabilities were at the centre of Russia’s military posture as Moscow tried to compensate for the structural deficiencies of its conventional forces.

Some Russian strategists suggested that limited nuclear use was a rational proposition. It would turn the tide in a war where Nato’s conventional force superiority might otherwise have delivered victory to the alliance.

The sweeping programme of defence reforms launched in 2008 restored Russia’s conventional power and relegated the role of tactical-operational nuclear weapons. Recently a debate has emerged around the so-called “escalate to de-escalate doctrine”, according to which Russia might use tactical nuclear weapons early on in a conflict in order to achieve a quick victory.

This hypothesis, however, rests on shaky grounds. Russian statements offer no definitive evidence that such a position actually exists in its military doctrine. It is also based on two false premises: that conventional force is inadequate (perhaps once the case, but no longer) and that nuclear retaliation is unlikely (this can never be assumed in the harsh world of nuclear deterrence).

Two additional features of Russian military thinking are also worth noting. The first, is the categorisation of war across four levels. These are armed conflict “of a limited scale” (mainly applicable to civil wars) as well as local, regional, and large-scale war, each of which sucks in different configurations of states and their allies. All involve higher stakes and call for growing military commitment.

Second – and related – the Russian military seems to be acting on the basis of a rather precise, yet static, escalation ladder. Nuclear use appears quite late in such a ladder and is inextricably linked with the risk of armageddon. This is the one scenario which Russia is actually afraid of. Both these observations point to nuclear use as a last resort.

By alluding to a disproportionate nuclear escalation, Moscow wants to limit (or even reverse) western interference in Ukraine, in order to make the Russian war effort more sustainable. The west’s most powerful weapon at present is sanctions rather than military intervention.

This carries its own risks. If such measures were really to cause the near-term “collapse of the Russian economy” and threaten the very survival of the domestic order, the Russian elite might come to perceive that existential threat as making victory vital in Ukraine, at all costs.

In these circumstances, a limited nuclear strike to demonstrate resolve or to break Ukrainian resistance would not be inconceivable. It is crucial, therefore, that sanctions remain geared toward ending Russia’s war effort, not to unseating the Putin regime.

But these scenarios remain far off. From a purely military perspective, today’s war in Ukraine lies between the local and the regional level, according to the Russian taxonomy. Neither calls for the employment of tactical-operational nuclear weapons on Ukrainian targets. In the near future, the continued Ukrainian ability to resist the Russian invasion will more likely be met with an incremental increase of Russian personnel and conventional firepower – targeting civilian infrastructure.

And beyond, that we should not assume nuclear weapons come next. US officials have also warned of Russia’s readiness to resort to chemical and biological warfare. The Russian military has plenty of “unsavoury means” to pursue victory in Ukraine.

Mark Webber is Professor of International Politics at the University of Birmingham and Chair (2019–2020) of the British International Studies Association (BISA). He was Head of the School of Government and Society at the University of Birmingham, 2011 – 2019. Mark is co-author (with James Sperling and Martin Smith) of NATO’s Post-Cold-War Trajectory: Decline or Regeneration? (Palgrave, 2012) and co-editor (with Adrian Hyde-Price) of Theorising NATO: New Perspectives on the Transatlantic Alliance (Routledge, 2016). He is currently working on a co-authored book (with Sperling and Smith) entitled What’s Wrong with NATO and How to Fix It (Polity Press) and is co-editing (with James Sperling) the Oxford Handbook on the North Atlantic Treaty Organisation.

Nicolo Fasola is doctoral researcher at the University of Birmingham and teaching assistant at the University of Bologna. Throughout February-April 2022 he will be Eisenhower PhD Fellow at the NATO Defense College (NDC). Nicolo’s main research areas are Russia’s security policy, NATO, and security sector reform in formerly Communist countries. Prior to his current roles, he was adjunct lecturer at the University of Salford, visiting researcher at Saint Petersburg State University and Friedrich-Schiller University Jena, as well as researcher with UniAdrion. Nicolo also served with the Italian Embassy in Estonia and NATO Supreme Headquarters Allied Powers Europe (SHAPE). His latest publications are “Reforming Ukraine’s Security Sector” (Survival, with Alyssa J. Wood) and “The shaky grounds of Russia’s escalate to de-escalate doctrine” (NDC Research Paper). 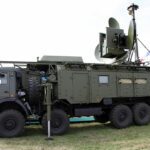 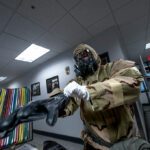