Personnel at Moody Air Force Base, GA exercised the capability to accomplish their mission while countering chemical, biological, radiological and nuclear threats during exercise Ready Tiger 22-01 from Feb. 28 to March 4.

“The chemical threat is out there,” said Lt. Col. Peeter Pleake-Tamm, 23rd Civil Engineer Squadron commander. “It is, in many ways, a worst case scenario, and as we move into situations where we are contested by that, this is our best opportunity to keep people in the fight and to get people safely out of those environments.”

“It’s going to break into two categories,” said Pleake-Tamm. “The first is traditional and that is building expertise among the exercise players in doing their mission in chemical protective equipment. The second is exercising command and control and base recovery after attack in a chemically contested environment, but we are going to pair that with the Lead-Wing construct.”

During the exercise, Airmen were evaluated on the speed and efficiency in which they transitioned between CBRN mission-oriented protective posture levels.

“When we get into gear, we have eight minutes total to go from MOPP zero to MOPP four,” said Staff Sgt. Barry Donewar, 23rd CES Emergency Management Flight noncommissioned officer in charge. “We’re going to be looking for those serious timecards, and that’s going to be a deal-maker or deal-breaker.”

“Using those buddy checks are going to be pretty key,” said Donewar. “It’s super helpful to be able to have those experienced individuals help out the younger folks or some of the people who haven’t been in gear in quite some time.”

With an ever-changing environment, CBRN training helps Airmen get more confident in their ability to don protective chemical gear, which can potentially save lives in a real-world chemical scenario.

“It’s the resilience of the unit and the resilience of the individual to be able to continue to move forward when faced with adversity, which is what we do every day,” Ress said. “The landscape of war has changed drastically in the recent years, so being ready to do that job that we do on a day-to-day basis in different environments is really important.” 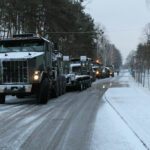 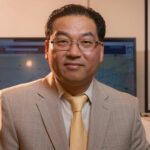