As officials in Washington consider returning to the 2015 Iran nuclear deal, much of the debate has centered on whether the U.S. government will lose leverage. Some experts and officials argue that if the Biden administration rejoins the deal—also known as the Joint Comprehensive Plan of Action (JCPOA)—the United States will squander the leverage built in recent years through former President Donald Trump’s maximum pressure strategy.

While U.S. sanctions have caused Iran’s economy major challenges and limited Iran’s access to financial resources, they have not succeeded in changing Tehran’s behavior regarding its nuclear program. Indeed, Iran has not offered additional concessions. Instead, it has engaged in its own leverage-building strategy by ramping up its nuclear activities, missile program, and regional activities. Iran is not only closer to having the capacity to build a bomb, but even the political discourse of key officials on whether to cross that threshold has been shifting. 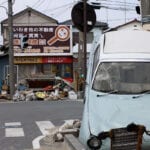 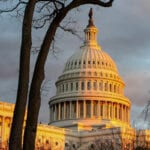