It’s now just over a year since Barack Obama turned down the option of air strikes in response to Bashar al-Assad’s use of chemical weapons, and instead demanded that Syria accede to the Chemical Weapons Convention. After a deal with Syrian ally Russia, the US and the rest of the West successfully got Assad to commit to give up entire chemical arsenal and hand these weapons over to international observers, who would then destroy them.

While some on the right criticized the plan for being too soft on the Syrian dictator, it was also welcomed as a blow against the proliferation of chemical weapons. Although now, Obama is facing allegations that Assad is still not complying with the agreement to get rid of his chemical stockpiles.

Dark times indeed – but the question of Assad’s apparently ongoing chlorine attacks against his own people is only part of the point.

So what if Assad has abandoned his chemicals or not? This policy was never going to solve the heinous situation in Syria. While chemical weapons were and are a part of the conflict, their part is small. They had nothing to do with the political reasons for the crisis or its appalling complexity.

All that getting Assad to accede to the convention could hope to achieve was to reduce the chance that people would die in a chemical attack. It could change the tactics being used, but it wasn’t going to do anything about the thousands still being killed in conventional attacks with guns and explosives.

Ultimately, the much-celebrated diplomatic agreement on chemical weapons failed to tackle the real problems of the Syrian crisis – the same problems the West was desperately trying to avoid touching. And by giving the false impression of progress on Syria, the chemical disarmament push just helped extend the conflict, and allowed the US and its allies to avoid direct intervention.

For all the criticism his Syria policy still gets, Obama and his Western counterparts have somehow dodged this unpleasant truth. Critics are more than happy to rip him apart on other aspects of this crisis – but the failure of the chemical agreement to make an impact on Assad’s regime, such a dizzying comedown from the joy with which it was greeted, has been overlooked.

The reason is that no-one wants to pour cold water on any effort to control chemical weapons, which have essentially become taboo. This taboo is a rare success for international co-operation on security matters; it has engendered a strong and effective arms control regime designed to get rid of chemical weapons for good, the Chemical Weapons Convention being very much the jewel in the crown.

Leaders all around the world have a lot invested in this ban; breaking it is unacceptable. This can be seen in the US’s heated reaction to their use by Assad.

But the strength of that taboo, while admirable in itself, greatly distorted the world’s terms of engagement with Syria: it provided the West with a false sense of achievement, bathing what was in fact a relatively peripheral achievement in the flattering aura of a major strategic breakthrough.

Without a political end to this slaughter, making the parties involved sign up to and enact international arms control agreements feels rather like moving the deckchairs around on the Titanic. And however important the chemical weapons taboo is, we shouldn’t be afraid to say that.

Article courtesy of Michelle Bentley via The Conversation, published under a Creative Commons licensing agreement. 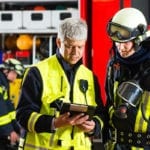 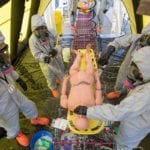