This unmanned aerial vehicle is for now part of the "On-the-Move Exploitation and Reconnaissance" system, or 'MOVER'. The system puts a tethered UAV onto a tactical vehicle. The UAV can then fly above and in front of the tactical vehicle while it conducts route clearance missions.

More than a dozen programs were on display at a recent Open House at Fort Belvoir, highlighting an array of capabilities being pursued by the Joint Improvised-Threat Defeat Organization (JIDO) to counter current and future improvised threats.

Recently aligned under the Defense Threat Reduction Agency at Fort Belvoir, JIDO’s programs include strategies and technology development to counter improvised explosive devices and other counter-terrorism and counter-insurgency mission requirements.

Set up near a Husky Vehicle Mounted Mine Detection System at the Open House was the “On-the-Move Exploitation and Reconnaissance” system. They called it “MOVER” for short.

For the moment, the MOVER consists of a Humvee with a camera-enabled unmanned aerial vehicle tethered to its front end. While the Husky VMMD system uses ground-penetrating radar to discover land mines, it moves slowly. And its radar system has to be over the top of the land mine in order to detect it.

The goal of MOVER is “forward-looking” detection, rather than the Husky VMMD’s right-over-the-top detection, said a MOVER spokesperson.

Right now, the MOVER is in developmental stages. The tethered UAV it currently uses is commercially available, and used elsewhere to inspect powerlines. But when implemented, the MOVER system will consist of a tethered UAV with more than just visible sensors, but also long-wave and thermal as well.

Route clearance teams would be able to use the system to see the ground ahead of them, from up in the air, while moving at full speed. Sensors onboard the UAV would see in multiple spectrums to look for earth that has been disturbed. And imagery taken from the UAV could be compared to imagery taken from the last time the route was cleared, to see if any changes could be detected that might indicate emplacement of explosive threats. Software would handle such comparisons.

The Husky VMMD would still look for mines, but it could move much faster than it does now, the spokesperson said, because the MOVER would essentially be calling out the stretches of road that are safe, and indicating when the Husky should slow down so that it could more cautiously approach a suspected explosive emplacement.

The “Dream Catcher” program, for instance, aims to make it easier for those running security outside a forward operating base to identify would-be threats well before they approach the checkpoint.

“The notion behind the Dream Catcher project is this can be used as a system to identify people trying to get into a restricted access area,” said a program spokesperson. “If you’re in a scenario where you’ve got people that are supposed to be there, you bring them in and enroll them into a very high-definition scan. And if somebody is approaching the gate, you can reach out and see them … and you can get identification on them. If you have somebody driving in with a passenger, and you recognize the driver and you don’t recognize the passenger, you can say these guys need to get diverted over to the secondary screening.”

The Dream Catcher project aims to fuse together input from multiple sensors — well before they get close enough to do harm — and match that information against what’s already stored in a database. Anybody who’s not already in the system would put security personnel on alert.

Right now, there are only a few cameras found onboard the Stryker combat vehicle. But to get full awareness of what’s going on outside the Stryker, Soldiers routinely drive around with their head sticking out of the top of two ports on the vehicle — which exposes them to danger.

The Night Vision and Electronic Sensors Directorate, along with the Tank Automotive Research, Development and Engineering Command, or TARDEC, are working to fix that for Soldiers, to provide them 360 degrees of situational awareness through the use of video cameras mounted on the outside of the Stryker.

On the Stryker kitted-up at Fort Belvoir, there were six video cameras mounted on the vehicle’s outside. Three were on the front, one on each side, and one on the rear of the vehicle. The cameras provide 180 degrees of visibility to the driver — more than the driver currently has — and 360 to the commander of the vehicle and others aboard.

Through the use of software enhancement, those cameras will allow Soldiers inside the Stryker to see through dust that might be kicked up by other vehicles that are traveling in advance, and to also detect muzzle flash, so they can determine where threats might be, a spokesperson for the project said.

While the project is now in just testing phases, the same spokesperson said he thinks if the project comes to fruition, those cameras will display their imagery on video screens that are already onboard the Stryker, rather than on new screens that would need to be installed. He also said project engineers are interested in development of head-worn displays — goggles for instance — that would allow Soldiers inside the vehicle to look around while seated in the vehicle, and see what’s going on outside, as though they could see through the hull.

Article adapted from original by C. Todd Lopez, edited for context and format by CBRNE Central. 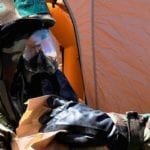 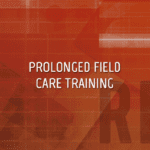