John Breckenridge stands in front of the Boone Firehouse, where he serves as volunteer fire chief. Breckenridge is also a mechanical technician at the Pueblo Chemical Agent-Destruction Pilot Plant.

“Being a firefighter requires extensive training and John has been responsible for that,” said Robert Ferriter, mayor of Boone. “When our previous fire chief retired, he stepped up.”

John Breckenridge, a mechanical technician at PCAPP, and fire chief of the Boone Volunteer Fire Department, has spent the past six months training the department’s firefighters.

Breckenridge said he brought the PCAPP safety culture to the firehouse.

“PCAPP has a safety environment like none I’ve ever seen,” he said. “You are not only looking at your own safety, but the safety of the people you work with, the community and environment.”

The Boone Volunteer Fire Department resumed activity April 1 after being on hiatus since October for training activities.

“We don’t take any risks. We trained until I felt the crew was ready, and like with all emergency services training, it will be continuous,” Breckenridge said.

The volunteer fire chief said he was able to spend the time needed to adequately train his volunteers knowing the U.S. Army Pueblo Chemical Depot (PCD) Fire Department would provide service in the event of an emergency.

“The PCD Fire Department is a huge asset to Boone,” Breckenridge said. “We are currently working toward a mutual aid agreement between departments.”

Boone is the closest neighboring community to PCD, where PCAPP is located. Breckenridge has resided there for 20 years.

“John had no obligation to volunteer, but due to his efforts we have a functioning fire department,” Ferriter said. “Boone residents and members of the town council are greatly appreciative of his efforts.” 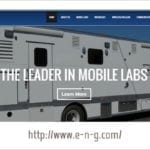