U.S. Senator Bob Menendez (D-N.J.), Ranking Member of the Senate Foreign Relations Committee, issued the following statement on May 21 in reaction to the Trump Administration’s withdrawal of the United States from the Open Skies Treaty, which violated U.S. law. The Open Skies Treaty is a key part of America’s international arms control strategy.

The Open Skies Treaty allows the 34 signatory countries, including the United States and Russia, to conduct reconnaissance flights over each other’s territory in order to monitor the deployment of weapons and military forces. These flights provide the United States and its allies and partners with valuable information about Russian activities, including on Ukrainian territory, while promoting transparency, and a sense of mutual trust between state parties.

“I firmly oppose and do not accept the legitimacy of the administration’s reckless decision to unilaterally withdraw from the Open Skies Treaty.

The timing of the Trump administration’s decision to withdraw is clearly tied to the political calendar.  By rushing this abrupt withdrawal, it is clear the Trump Administration is attempting to bind a future administration from participation in this longstanding and valuable treaty for our nation.

Once again, Congress is left to figure out how to prevent the Trump Administration from flouting the law on a matter of critical national security.” 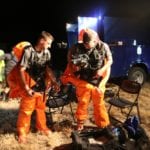 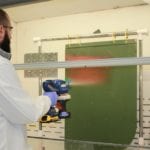